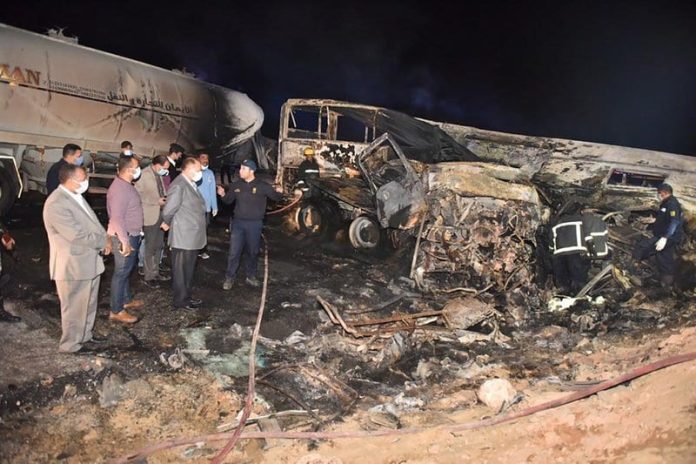 At least 20 people were killed and three others wounded when a bus was hit by a lorry on Wednesday at a desert road of Assuit province in southern Egypt, according to the Health Ministry.

“Some 36 fully-equipped ambulances were rushed to the scene to transfer the wounded people to the public hospital in Assuit,” the ministry said in a statement.

The civil protection forces managed to put down the fire caused by the heavy crash in the bus that was carrying 23 people.

The wounded mainly suffered fractures and bruises, the ministry added.

Road accidents are common in Egypt due to poorly-maintained road infrastructure and loosely-applied traffic regulations.

Over the past few years, Egypt has been upgrading its road network, building new roads and bridges, and repairing existing ones.

Deaths from road accidents in Egypt dropped by 44 per cent in 2019-2020, according to the Egyptian Ministry of Planning and Economic Development.