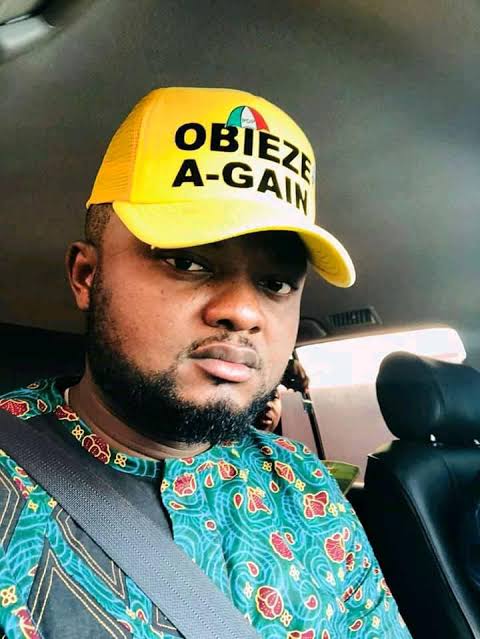 Member representing Ezeagu constituency in the Enugu State House of Assembly, Rt Hon Chima Obieze has incurred the wrath of supporter of Senator Ike Ekweremadu for saying he will not support anyone who is against zoning.

This is coming at a time speculations are rife that the former Deputy President of the Senate is interested in the guber race even when his zone is not favoured in the zoning arrangement.

A well known ally and political son to Ekweremadu, Obieze’s statement is seen from Ekweremadu’s camp as a sign of rebellion and probably signal of dumping the Senator ahead of 2023.

We bring you comments from the social media.

Chima has failed on arrival, I assured him that, because his seems ungrateful with selfish interest. Too bad.

God have the Final Say.
IKEOHA IS THE CHOOSEN ONE.
Regards.

Another simply wrote,
“Nobody needs your support.”

I Air+Marshal ✊ and other meanful Comrades in Enugu State/Nigeria will never recognize Chima Obieze as an Honourable members for his ill statement, working against his master and political father 👉 ‘IKEOHA GLOBAL’
Because of empty promise to become a Speaker Enugu State House of Assembly.

Chima Obieze 👉 if you’re against ikeoha Global! We’re all against you.

If you’re not careful your political career will end in state house.
We love ikeoha Global
In Ikeoha Global We Move Forward Ever Competency Credibility

“Your ‘strongness’ isn’t on how many fights you’ve won or how many enemies you’ve defeated but how magnanimous you are in victory.
Only time shall tell, Ikeoha remains the only code!
Good morning, God bless Ehuhe Achi and Oji River, God bless Nigeria and us Biafrans
Ordinary street Evangelist Ejike Ilo-Tasie cares

But some came in defense of the young Lawmaker.
Hear them:

With all due respect sir, Am a fan and a strong believer of Ikeoha dynasty. But distorting the gentle man’s agreement of Enugu people and the agreements on equal sharing of political offices is unacceptable. It doesn’t matter where the rotation starts from.
A round table agreement should be respected, whether written or not. it doesn’t matter who you are.
He that brought Ike in will send him out. There is no politician that doesn’t have who brought him in.
You should stop insulting people anyhow because of politics.
This is also the political end of Ike.

Hon Obieze himself also dropped some word in one of the platforms……
“Do not waste your time & strength throwing stones at dogs that bark at you on your way; ignore them & set sail on your journey.