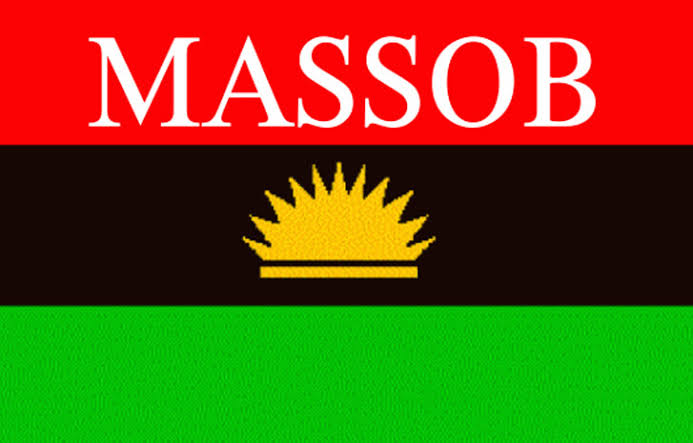 Movement For The Actualisation Of The Sovereign State Of Biafra (MASSOB) has described as unguided and reckless the report credited to former minister of Internal Affairs, Lt.Gen. Abdulraham Danbauzu that OPC, IPOB and other pro Biafra agitators are on the same page with Boko Haram.

In a statement signed by Comrade Edeson Samuel, National Director of information ( MASSOB) the pro Biafra group said it is unprofessional for a man of such position as a former General in the military, who also served as a minister of interior to stoop so low and compare an internationally accredited terrorist group with self determination organisations.

“General Danbazau as a member of Fulani cabal executing the primitive agenda of their forefathers refused to condemn the the atrocious terrorist activities of his Fulani kinsmen. He consistently fail to admit that his Fulani herdsmen are the real terrorist destroying Nigeria state.

“How can a man who has served in the military as Army General suddenly become myopic and exhibit lost of his sense of reasoning by comparing IPOB, OPC to Islamic terrorist Boko Haram.

“The Fulanis from Sudan, Mali, Niger and Libya are now residents in Nigeria. They are in our rural villages as shoe menders, well diggers, Okada riders and tailors waiting to execute their plans of overtaking the southern and middle Beltan regions.

“The coordinated synergy of all pro independence agitators in Biafra, Oduduwa and middle belt lands will always resist the Fulani domination.”