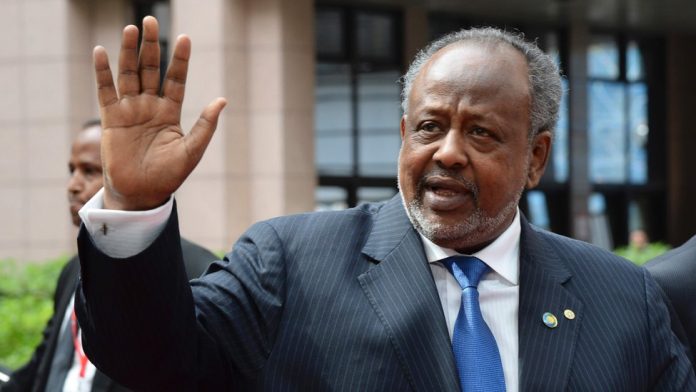 Djibouti veteran leader, Ismail Omar Guelleh has been re-elected as president for the fifth term after being declared the winner in Friday April 9 presidential election in Djibouti.

“Thank you for your trust, thank you Djibouti. Let’s continue together,” Guelleh said on Twitter shortly after results were announced.

Guelleh, 73, who has been in power since 1999 was re-elected with 98.58 % of the vote, defeating Zakaria Ismail Farah, an independent and a newcomer candidate.

Farah, a 56-year-old cleaning products importer, ended up with under 5,000 votes, according to the provisional results.

He cast doubt on the transparency of the voting process, saying his delegates were not present at polling stations.

“My vote is of no use, nor are the votes of 80 percent of the Djiboutian people,” the opposition candidate told AFP in a text message.

Ahmed Tidiane Souare, the head of an African Union (AU) observer mission, said all candidates were free to send their officials to any polling station.

It was also reported that an estimated 215,000 voters cast ballots in the country with a population of more than 1 million residents.

Before the election, other candidates from main opposition parties reportedly boycotted the polls after expressing concern about the fairness of the vote.

Guelleh will now lead Djibouti for a fifth term staying in power for more than two decades, becoming one of the longest-serving heads of state on the African continent.