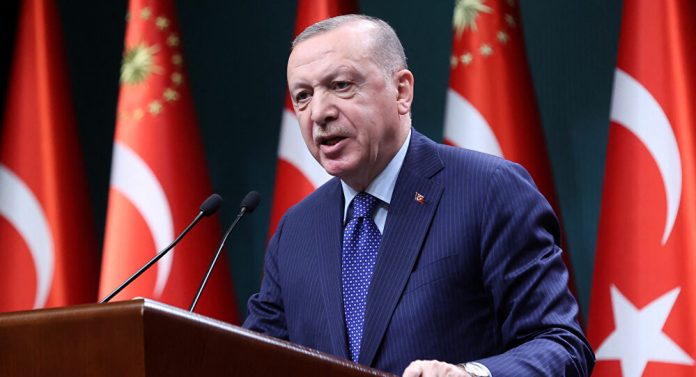 Draghi spoke to the press in Rome on Thursday evening about the visit of European Commission President Ursula von der Leyen and EU Council President Charles Michel to Erdogan on Tuesday.

In a diplomatic faux pas quickly dubbed “sofagate” online, Von der Leyen was not given a chair at the meeting, but sat somewhat apart on a sofa. Draghi classified this as a “humiliation” of the head of the commission.

The behaviour of Erdogan against the President of

is totally shameful and unacceptable. It demonstrates how Turkey🇹🇷 perceives its relations with the 🇪🇺. For how long will we actually tolerate this?

“With these dictators, let’s call them what they are – who however are needed – one must be honest in expressing one’s diverging ideas and views about society,” Draghi said.

“But one must also be prepared to cooperate with them in the interest of the country. The right balance is needed,” he added.

The choice of the word dictator made many headlines in the Italian media and angered Ankara, with Turkey’s foreign ministry summoning the Italian ambassador.

Turkey on Thursday strongly rejected accusations that it snubbed von der Leyen because of her gender.

At the meeting, Von der Leyen and Michel were led into a large room for discussions with Erdogan, but only two chairs had been set out in front of the EU and Turkish flags for the three leaders.

Von der Leyen stood looking at the men who took the chairs, expressing her astonishment with an “ehm” sound and a gesture of disappointment. She was later seen seated on a large beige sofa, away from her male counterparts

The images, also revealing a lack of unity among the two EU leaders. drew intense criticism on social media and accusations of gender discrimination.

Turkey insisted that the EU’s own protocol requests were applied but the EU Council head of protocol said his team did not have access, during their preparatory inspection, to the room where the incident happened.

“If the room for the tête-à-tête had been visited, we should have suggested to our hosts that, as a courtesy, they replace the sofa with two armchairs for the president of the Commission,” Dominique Marro wrote in a note made public by the EU Council.