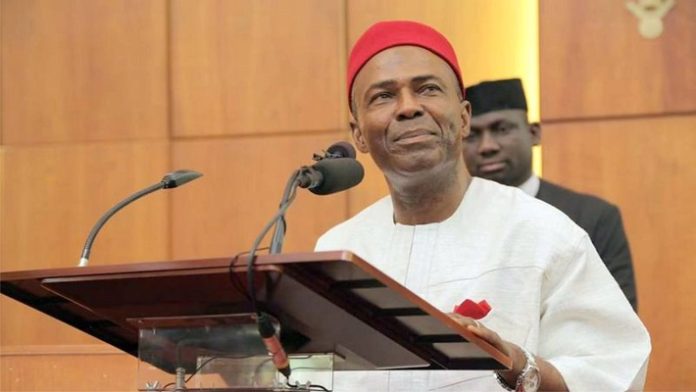 he federal government has pledged to support the University of Nigeria, Nsukka (UNN), to mass-produce Refuse Drives Fuel (RDF) gasification plant to generate electricity in the country as the institution plans to produce a one-megawatt organic electricity plant.

The Minister of Science and Technology, Ogbonnaya Onu, pledged Nsukka on Wednesday after inspecting the 500kva gasification plant built by the Emenike Ejiogu-led research team from the university’s engineering faculty.

He commended the research team for building a 500kva plant using organic materials as fuel to supply electricity to the university’s administrative block.

“The ministry is willing to support the UNN research team that has made great innovation on electricity generation, which will help to solve the country’s problem of inadequate electricity supply,” said Mr Onu.

He added, “This innovation will not only give more people electricity but also clear refuse dumps from our streets as refuse is now being converted to electricity. I congratulate UNN on this important achievement.

“This innovation will bring clean environment in the country, create more jobs, wealth as well as generate electricity to power our homes and industries.”

The 500kva gasification supplies electricity to the administrative block.

He explained that the plant was capable of reducing diesel consumption by 60 per cent.

“With financial support from government, organisations, and individuals, the plant will be mass-produced for everybody in the country to use.

“This RDF gasification plant that is powered by organic materials like rice husk and sawdust is cheaper than any source of electricity generation.

“I appreciate the minister, who in spite of his tight schedules, came to UNN to see things for himself. The research team also appreciates the UNN-VC who has given the team the necessary support and encouragement,” he said.

On March 19, 2019, the Prof Ejiogu-led research team set a new electricity generation record by using organic waste to generate electricity in a 100kva RDF gasification plant at the UNN.

Prof Ejiogu said the team had already started work to expand the plant from 500kva to one megawatts plant.