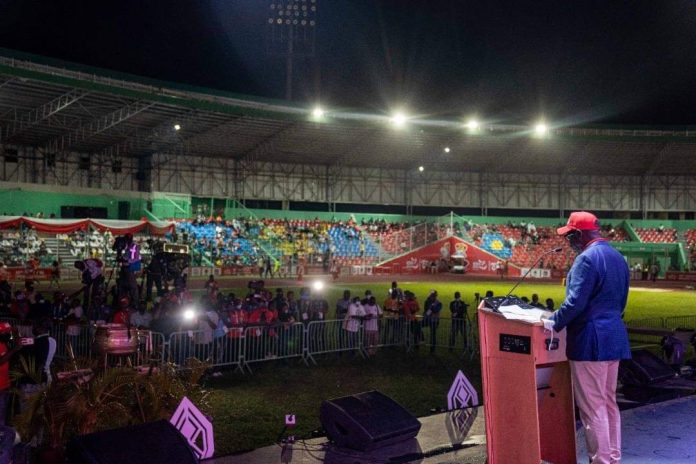 Instead of 12 days, the National Sports Festival will end after seven days over the failure of the Federal Government to release fund.

The Coordinator of Media and Publicity, National Sports Festival, Ebomhiana Musa, made this known to newsmen.

In a statement on Wednesday night, he confirmed that the decision was taken after an emergency meeting of the Local Organising Committee headed by Edo State Deputy Governor, Philip Shaibu.

According to him, the Edo State Government will shut down the ongoing 20th National Sports Festival by 12 noon on Thursday (today).

He said, “The Local Organising Committee, Edo2020 regrets to announce that it will end the games abruptly tomorrow, Thursday, April 8, 2021, for lack of funds.

“Rising from an emergency meeting this evening, the LOC says it has to take this hard decision due to lack of funds having expended its reserves to kick start the games.

“Regrettably, the FG is yet to redeem its pledge to support us as the host state financially for the cost of postponements. So, we are left with no option but to end the games at noon tomorrow.”

The development is coming despite the postponement of the festival on several occasions.

No fewer than 8,000 athletes from different states of the federation are participating in the festival.

Edo State had raised the alarm over the Federal Government’s failure to provide fund 24 hours to the commencement of the festival.