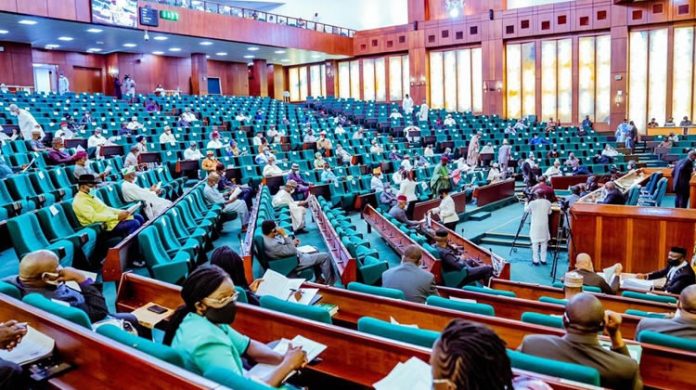 A delegation of members of the House of Representatives has met with some officials of the United States to discuss ways by which Nigeria and America can work together to address the security crises in the African country.

Chairman of the House Committee on Media and Public Affairs, Benjamin Kalu, who was part of the delegation, made this known in a statement issued on Wednesday.

The statement said the US team was led by the Deputy Chief of Mission, Ms. Kathleen FitzGibbon, who was accompanied by the Political-Military Officer, Mr. Daniel Ricci; Political Officer, Mr. Jerry Howard; Major John Mahaney, US Air Force; and Major Yonca Nice, US Air Force.

The statement read in part, “Recently, a select delegation from the House of Representatives had constructive engagements with the US Department of States to review the relationship between both countries, with specific regards to Nigeria’s security issues.

“At the informal session, pertinent questions raised by the delegates were answered by the Nigerian ally.

“The delegation was informed of the United States’ efforts and achievements in Nigeria, which included expenditures on health, human development, capacity building, etc. The interactive session lasted two hours and has been scheduled to be a periodic engagement.

“In his response to our correspondence, the head of the parliamentary delegation, Rep. Jimi Benson, assured Nigerians that with the new arrival of the fighter jets (Super Tucano) expected from the US, the Nigerian Air Force will be better equipped to fight insurgency. The legislator emphasised that Nigeria’s strategic relationship with the US will add value to the nation’s fight against insecurity in no distant time.

“The spokesperson for the House, Rep. Benjamin Okezie Kalu, reiterated the need for the US Mission to bridge the information gap between it and Nigerians to raise the consciousness of Nigerians on US projects and interventions to assist Nigeria in tackling insecurity, Covid-19 pandemic and other aspects of our national growth.

“He insisted that knowledge breeds confidence and trust which are fundamental in sustaining Nigeria’s long existing relationship with the US recently improved by President (Joe) Biden. According to him, it appears America is doing much but speaking less, which denies the citizens the ability to assess Nigeria’s relationship as an ally of America.”