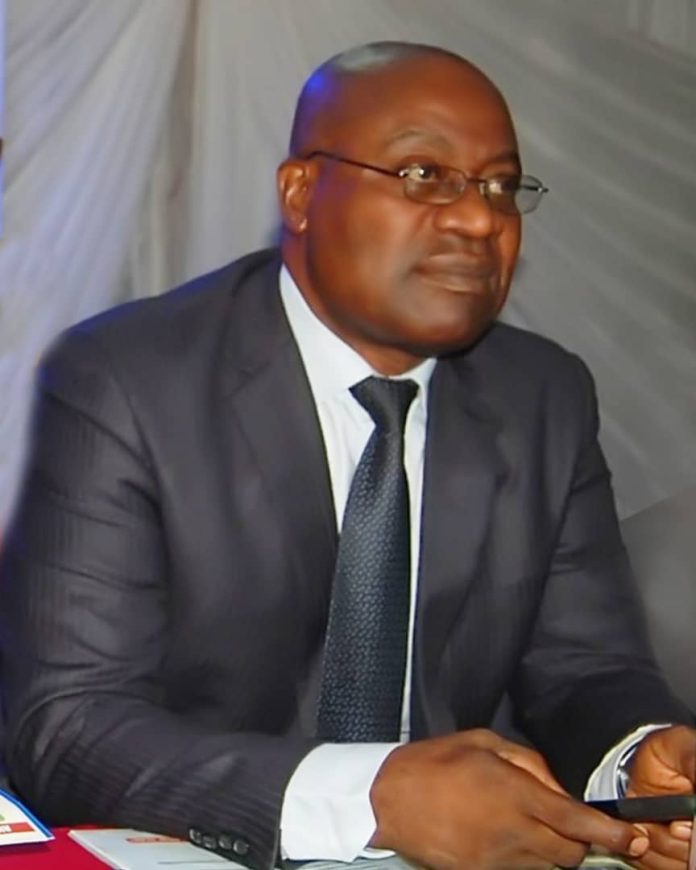 IN DEMOCRACY, ZONING OR ROTATION OF ELECTIVE OFFICE IS SACROSANT WITH THE PRINCIPLE OF EQUITY, FAIRNESS AND JUSTICE-Hon John Egbo

Hon. John Egbo, a retired Deputy Sheriff in the United States and two time Commissioner in Enugu State wades into the zoning or rotation of the governorship position in Enugu State.

Hear him:
Recently, zoning of the 2023 Governorship of Enugu State has dominated the discussion in Social and print media by supporters of non declared aspirants with the hope that such discussion will sway the general public into believing that zoning is inconsequential and therefore it shall be an all comers affair.

The truth is that since 1999, zoning arrangement or rotation of the governorship position between the three senatorial districts of Enugu state has ensured equity, fairness, justice and peaceful handover of government in the state.

It is also pertinent to note that State creates an opportunity for all to enjoy political, economic and social equity which is the fulcrum of zoning political positions and distribution of democratic dividends.

To that effect, the State pursue public goods and not an individual interest. In other words, those advocates of truncating zoning arrangements are pursuing personal interest.

Moreover, the Governor of Enugu State, Rt. Hon. Dr. Ifeanyi Ugwuanyi has categorically stated that he will adhere to the existing zoning arrangement in the state. This means that upon completion of his term in office, his successor under the People Democratic Party (PDP) shall hail from Enugu East Senatorial District.

The Governor in his usual attitude of being fair, humble and equitable in his programs did not mince words that PDP has zoning arrangement embedded in its constitution.

The Peoples Democratic Party (PDP) truly has zoning of public office entrenched in its constitution in section 7(2)(C). The section States, “to create social-political condition conducive to national peace and unity by ensuring fair and equitable distribution of resources and opportunities to conform with the principles of power shift and power sharing by rotating key political offices among diverse people of our country evolving power equitably between the Federal, State and Local Government in spirit of true federalism”

It should be noted that all the political office holders in Enugu State are products of PDP and should know better not to go against the constitution of the party.

Both the letters and spirit of section 7(2)(C) of PDP constitution are unambiguous and political office holders of PDP should guard it jealously.

It may be pertinent to deflate the presentation made by Senator Utazi at the Odinma Nsukka Forum. The idea of zoning the 2023 Governorship to Enugu North is contrary to natural progression as it will mean going backward instead of starting afresh as people do not count numbers backward.

Put simpler, people do not run a relay race backward, at the end of each round of race, one starts a new race at the starting line. The progression from Enugu East to Enugu West and to Enugu North will be completed in 2023 and Enugu East should kick start the next phase. Odinma Nsukka should bear in mind the golden rule of society, “Do Unto Others as Thou Would Like Others to do Unto Thy Self”.

On the quest of greater Awgu county pushing for the Distinguished Sen. Ike Ekweremadu, former DSP to contest for the Governorship of Enugu State in 2023 having hailed from Enugu West Senatorial may also be running contrary to the Enugu State PDP Zoning arrangement.

On the part of Enugu East Senatorial District, many fans of Sir Chineyeka Ohaa cutting across Enugu State are flooding the Social media pleading for him as a veteran retired public servant and astute administrator with State and Federal experience to make himself available for the Governorship position of Enugu State in 2023 elections.

While other political parties have right to field candidate of their choice from any zone, that of the PDP is strictly for Enugu East and we hope that the party being supreme will present a formidable candidate for the Governorship of Enugu State in 2023.

Gburugburu is the man of the hour but I urge all the social media tigers to rest their pen and allow H.E. Rt. Hon Ifeanyi Ugwuanyi to complete many of the ongoing projects in the State. It will be wise for supporters of potential aspirants to sheath their sword till 2022 to allow the Governor to administer the state without distractions.

Finally, my brethren from Enugu East senatorial district should not sit and fold their hands believing that the Governor has issued a statement in their favour supporting zoning arrangement for the Governorship position come 2023.

They should follow suit with different groups drumming support for H.E. Rt. Hon. Dr. Ifeanyi Ugwuanyi for his courage to stand with the constitution of the party. This strategy will send a clear signal to anyone planning to truncate the zoning arrangement, that it will be an uphill battle.