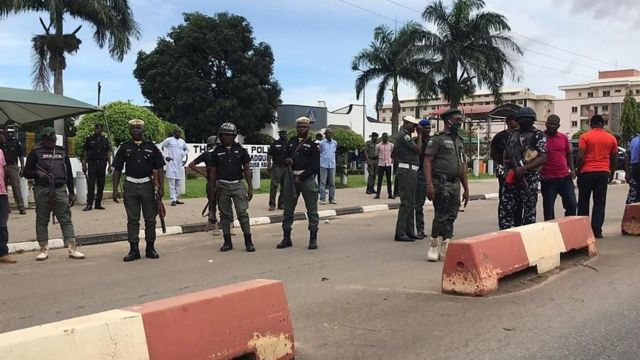 Umuahia, April 6, 2021 Abia government has announced a review of the curfew imposed on Aba and Umuahia to between 8pm and 6am as well as included Ohafia and Arochukwu.

This is contained in a statement signed by the Chief of Staff to the Governor, Chief Anthony Agbazuere, on Tuesday in Umuahia.

It stated that the decision was taken at an emergency meeting of the Abia State Security Council on Tuesday.

“Abia State Governor, Dr Okezie Ikpeazu, has approved that the curfew imposed in the state should henceforth commence from 8pm to 6am, and the towns involved are Aba, Umuahia, Ohafia and Arochukwu.

“All citizens are advised to strictly comply to avoid collateral consequences as security agencies are already on alert to ensure airtight enforcement of the curfew.”

SSC Gossip recalls that the state government had on April 5 imposed a 10pm to 6am curfew on Aba and Umuahia.