HomePoliticsICYMI: Who are the real bandits: Those in the bush or the...
Politics

ICYMI: Who are the real bandits: Those in the bush or the public officials? —Prof Pat Utomi 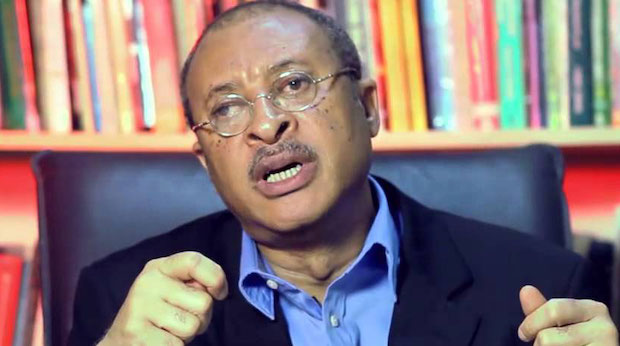 An economist, Professor Pat Utomi has lamented that Nigeria wastes a lot of resources that can be put to good use for the benefit of it’s citizens.

In a lengthy write-up released on Monday, he noted that ‘ironies litter the landscape”, even as a distraught people battle “an inchoate economy and ever-present threat to life and property”.

Echoing the words of Secretary-General of the Arewa Consultative Forum who declared that the current government was the most corrupt since independence, and lamented that “its hard to tell which bandits are Nigeria’s greater problem, the ones in the bush causing insecurity, or the ones in positions of public authority”.

Utomi said “At the same time as the President’s medical travel, the US National Consumer Advisory Board was naming a Nigerian, Prof. Iyalla Elvis Peterside, one of the best physicians in the US. And the president’s Minister of State, Timipre Sylva, was announcing the approval of $1.5bn to refurbish the unrefurbishable, the Port Harcourt Refinery.

“An angry Atedo Peterside who is heading the president’s committee to plan our future declared the $1.5bn could build 12 world-class hospitals in Nigeria. From my quiet corner, I could imagine at least 200 Nigerian doctors as good as Iyalla Peterside, who, incidentally had his medical education in Nigeria, as he trained in UI’s UCH, like him, and many more from UNEC, CMUL, UNICAL and other medical schools in Nigeria now making waves in the US return to run these 12 hospitals, Nigeria would attract billions in medical tourism income. Much more I suppose than we are doing with religious tourism, thanks to the pastors and prophets.

“In addition, these 12 hospitals would save the Nigerian people the jet fuel costs and parking fees for the aircraft taking our president to London for health checks. I can imagine how much of the misery in the land can be relieved by such savings”.

He further said, “an anti-corruption mantra drove the charge for change in 2014/15 and led many decent people to jump in at the deep end. Were they sold the big lie?
The paradoxes do not end there. The National Bureau of Statistics released numbers showing unemployment at 33% and more than 45% youth unemployment. Properly synthesized, taking disguised unemployment and other factors into account more than 50 per cent of the youth graduating from university have little chance of becoming employed in the next five years.

“I imagine what can be done with $1.5bn creating SME manufacturing clusters and agricultural out grower schemes for young people in all of the 774 local government areas of the country.
It just boggles the imagination that Nigeria has earned $1.2 trillion from oil alone and has hardly any infrastructure to show for it or a manufacturing base that Brazil had even when it was floundering in the wilderness before Fernando Cardoso and Lula DaSilva showed up. And that globalization has produced a bigger stock of capital than at any time in human history such that, even if French Economist Thomas Piketty is unhappy about its distribution, the plain fact is that $17.1 trillion is currently sitting at 0% interest out there but the indiscipline of the Nigerian political class prevents such money from entering Nigeria to power up the opportunities waiting to be exploited here.

The Federal Secretariat in Lagos and tons of government assets are wasting or of marginal utility even as the economy is asphyxiated from illiquidity while countries like India and Brazil are funding development by financializing such assets. No wonder Forbes magazine concludes that Nigeria is Africa’s money-losing machine”.