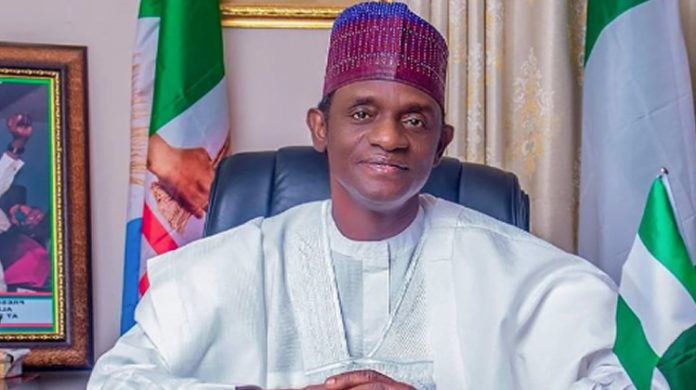 The Director-General of the Progressive Governors’ Forum, Salihu Lukman, has said the Caretaker/Extra-Ordinary Convention Planning Convention Committee of the All Progressives Congress chaired by Governor of Yobe State, Mai Mala Buni, is repeating the mistakes made by the immediate past national leadership of the ruling party.

Lukman said the Adams Oshiomhole-led leadership of the APC failed to call for meetings of the organs of the party, a situation that is recurring under the Buni-led APCCECC.

The DG of PGF made the allegation in a statement issued on Monday and titled ‘APC’s Litmus Tests.’

He said, “Part of the expectation is that the 13-member Caretaker/Extra-Ordinary Convention Working Committee appointed by the emergency National Executive Committee meeting of June 25, 2020, led by His Excellency, Mai Mala Buni, will take steps to begin to resolve challenges facing the APC, which was difficult to achieve under the dissolved NWC.

“With initial tenure of six months, which was extended by another emergency NEC of December 8, 2020, to June 2021, the work of the caretaker committee is expected to end with a national convention, where another leadership should emerge to manage affairs of the party for another four years.

“All party members and leaders should ensure that the caretaker committee is able to complete the task of organising a national convention where new leaders of the party will be elected.”

Lukman further said, “The first test, therefore, is whether the challenges leading to the dissolution of the Comrade Oshiomhole-led NWC are being resolved by the caretaker committee. To what extent is the resolution of challenges facing the party conforming to both democratic principles and progressive ideals?

“Conforming to democratic principles requires that initiatives being implemented by the caretaker committee are based on decisions taken by competent organs as provided in the constitution of the party.

“Progressive ideals would require painstaking approaches to guarantee wider participation of leaders and members in the process of decision-making. Both democratic principles and progressive ideals are not mutually exclusive and could be achieved through guaranteeing that meetings of organs are taking place as provided in the constitution of the party.

“Absence of meetings of organs partly contributed to most of the disaffections in the party during the tenure of the Comrade Oshiomhole-led NWC. To what extent has the APC caretaker committee distinguished itself from the old characteristics of managing the affairs of the party without meetings of organs as provided in the party’s constitution?

“Somehow, the reality is that in terms of convening meetings of organs of the party, for more than nine months, the caretaker committee has not convened any meeting of any organ of the APC apart from the emergency NEC meeting of December 8, 2020. Sadly, even the 13-member caretaker committee is hardly meeting.”

Lukman further alleged that most of the decisions so far taken by the APCCECC were done by Buni and the Secretary, Senator Akpan Udoedehe.

He said, “The good thing is that the major challenge of ensuring that the party is able to have a verifiable membership register is being resolved. But without organs meeting as provided in the constitution of the party, where progress reports are given; what is the guarantee that the old problem of having inaccessible membership register will not be replicated?

“Already, given that the party’s membership registration/revalidation exercise was done based on the old analogue method without applying modern virtual technology, what is the guarantee that the process of leadership reformation in the party, from ward congresses up to national convention, will be done based on the new register? Will all members of the party be able to participate in the process of electing leaders of the party at all levels?