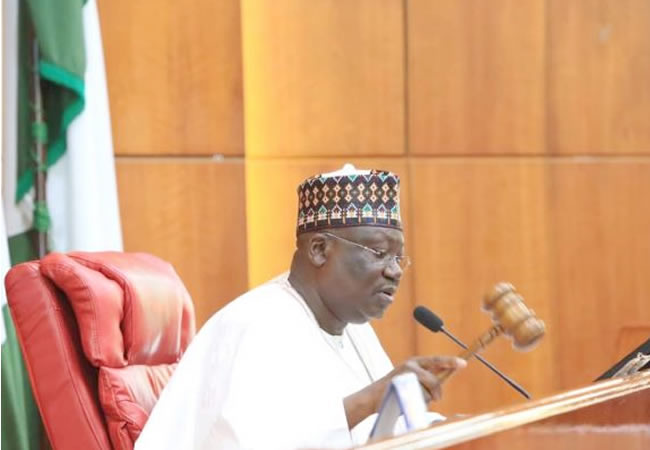 The Senate has commenced a probe into an alleged spending of N258m by the Financial Reporting Council on Nigeria as personnel cost in its 2017 budget without the approval of the National Assembly.

The Senate Public Accounts Committee based its decision to probe the FRC on a query from the Office of the Auditor General for the Federation as contained in the 2015 to 2018 AuGF report currently being scrutinised by both chambers of the federal legislature.

“This non-compliance with the Appropriation Act was due to the failure of the executive secretary to seek approval for supplementary budget from the appropriate authorities, that is, through the Ministry of Finance and National Assembly.”

However, the Executive Secretary of FRC, Daniel Asapokhai, said the extra money spent was to augment the agency’s personnel cost for the fiscal year.

He said, “For the year 2017, the sum of N81m was appropriated as government subvention for personnel cost for the council.

“The amount in question was to augment the council’s personnel cost from for the fiscal year in question.

“The council customarily prepares its budget at the beginning of every year detailing both Internally Generated Revenue, and government subvention. This is usually sent for approval before implementation.

“The council has an approved salary structure which it pays from the IGR.

“The amount referenced by the auditors as over expenditures not approved was staff salary funded via IGR which is contained in the approved budget.”

He said, “We will ensure that all cases of extra budgetary spending are thoroughly investigated. It is a matter of constitution that agencies which must spend more than what was approved for them, should revert to the National Assembly.

“Many of the MDAs have not been coming for approval for extra spending and this has to stop,” Urhoghide added.

The chairman of the senate committee, Senator Mathew Urhoghide, nevertheless, asked the executive secretary of FRC to present the approval for N258m extra-budgetary expenditure by the National Assembly.

The executive secretary promised to send the document backing the expenditure to committee secretariat.

Urhoghide lamented the rampant cases of extra budgetary spending by federal agencies and vowed that his committee would ensure that the practice was checked.