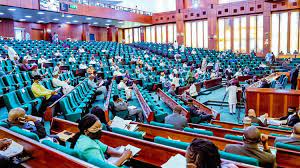 The House of Representatives is considering a new law that guides the operations of security and intelligence agencies in Nigeria, which will especially propose stricter conditions for information gathering and sharing by security agents.

The National Security Agencies Personnel Identity Protection Bill 2021, which is awaiting second reading by the House, will supersede the existing Official Secrets Act when it is passed by both chambers of the National Assembly and signed into law.

The title of the legislation reads, ‘A Bill for an Act to Provide for the Protection of the Identity of National Security Agencies Personnel, Agents, Sources, Informants and Operational Methods from Unlawful Disclosure; and to Protect their Establishments, Facilities and Equipment Against Unauthorised Access; as Well as Provide for the Promotion and Enhancement of Nigeria’s External Security and for Purposes Connected Therewith.’

The sponsor, Mr Oluwole Oke, in the explanatory memorandum on the legislation, said, “The bill seeks to protect the identity of personnel of the national security agencies, their agents, informants, sources and other classified information from unauthorised disclosure, as well as to protect intelligence facilities, installations and equipment against unauthorised access; and prescribes penalties for violation of its provisions.”

The bill also defines “security agency” in the proposed law to mean the NIA, DIA, DSS, NSCDC, ICPC, EFCC and the NPF.

Part 1 of the bill, which is titled ‘Protection of Personnel Identity and Other Materials,’ reads, “2(1) The identity of a security agency personnel or agent shall not without due authorisation from the agency be disclosed to any other person.

“(2) A person who willfully discloses the identity of a security agency personnel or agent to a person to whom he is not authorised on behalf of the government to disclose, is guilty of an offence and shall be liable on conviction to imprisonment for a term of five years or a fine not below the sum of five hundred thousand naira (N500,000) or both.

The proposed law would also apply to public officers and government contractors who deal or relate with security agencies.

Persons in this category “shall be liable on conviction to imprisonment for a term of five years or a fine not below the sum of five hundred thousand naira (N500,000) or both.”

Information on past or ongoing intelligence operations or activities, sources, informants, methods, agents, installations, locations of persons or objects of intelligence interest to the Federal Government will also be exempted.

Part 2 of the bill, titled ‘Liaison with the National Assembly,’ reads, “The President of the Federal Republic of Nigeria or his designated officials and the National Assembly Committees on Security and Intelligence may establish such procedures as may be necessary to carry out the provisions of this part.”

It further reads, “27(1) On the appointment or promotion of any person as personnel of the security agency, he shall forthwith take and subscribe to the security agency’s oath and the oath of allegiance as contained in the schedule to this bill.

“(2) A serving or retired security personnel who, having subscribed to the security agency’s oath and the oath of allegiance, breaches or violates any provisions of the oaths, is guilty of an offence and is liable on conviction to imprisonment for a term of five years.”