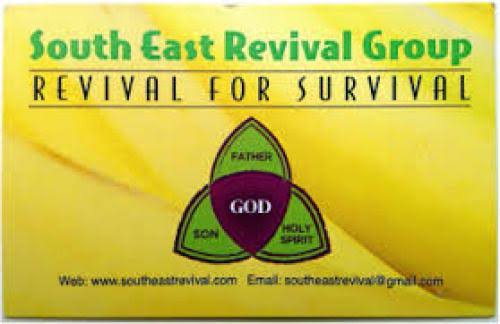 A pan-Igbo sociopolitical pressure group, the South East Revival Group (SERG) has accused South East governors of playing politics with the lives and property of Ndigbo for not taking decisive actions to prevent the take over of Igbo forests by criminal elements.

While reacting to the recent killings in Ebonyi State and other parts of the eastern region, the group in a statement signed by its President and National Coordinator, Chief Willy Ezugwu said “Igbos should hold the South East governors responsible for the ongoing loss of lives and property in the region due to security challenges.

“We recall that at the outbreak of COVID-19 pandemic, the South East Revival Group had severally urged the South East governors to launch of a central body to coordinate both relief efforts and security amid the pandemic when it became obvious that the the federal government was not providing the needed palliatives and security to curb influx of strange persons into our forests.

“We advocated for tougher security measures in the South East, particularly when we saw the obvious invasion of the region by some suspected killer herders coming. Our call was after reports came that some unknown persons were strategically taking over South East forests.

“As usual, the South East governors never adhered to the advice but only mouthed a phantom plan to set up a security network for the zone.

“In fact, the then Chairman of the South East Governors Forum and Governor of Ebonyi State had announced that by April 2020, the governors were to announce a the establishment of a security outfit for the region.

“That has already been sacrificed on the alters of political convenience at the expense of the lives and property of law abiding Igbos.

“While other regions were busy working to ensure the security of lives and property of their people, the South East governors were more interested strategic plots to outsmart each on who would be favoured for presidential or vice presidential slot in 2023.

“Shamefully, the primary responsibility of government, which is the security of lives and property, became the victim of political positioning that have seen one of the governor jump party ahead of the next general elections.

“The SERG hereby reiterates its call on South East governors to immediately set up a special zonal vigilante group to flush out hoodlums from all forests in Igbo land as the constitutionally guaranteed Chief Security Officers of their respective states.

“We call on all Igbo sons and daughters, at home and in the Diaspora, to hold the governors of the South East accountable for all loss of lives and property of our people”, the SERG insisted.