HomeWorld3 people killed and 4 injured in a house party shooting in...
World 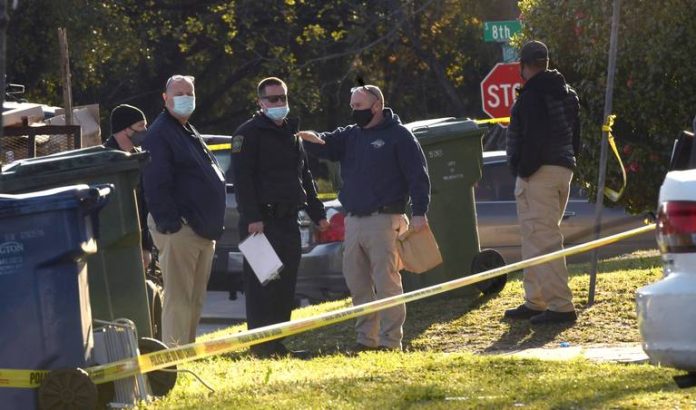 Gunfire erupted inside the home during a party, striking the seven people, according to police, who said they were called there shortly after midnight.

Police described the shooting as a gunfight in a news release but did not elaborate.

No one was in police custody early Saturday, and at least one person suspected of firing shots is believed to have fled, according to Lt. Irving, a Wilmington police watch commander.

Officers still were trying to determine who opened fire, Irving said. Details about what led to the shooting, or how many people fired shots, weren’t immediately available.

Two men and a 16-year-old girl were killed, according to police. The 16-year-old was not named due to her age and police identified the other victims as Zieyah Wade, 22, and Shamir Jones, 21.

The four people wounded in the shooting were identified by police as Zykeria Crawford, 19, and Valery Orelus, 18, both female, and Zymiryon Atkins, 18 and Keyshawn James, 21, both male. All four were being treated at a hospital, police said. Details about their conditions weren’t released.

“This is a tragic case with several young victims, and our hearts go out to their families and friends during this difficult time,” the release said.

Police recovered several firearms from the scene of the shooting and are continuing to investigate, according to the release.

Investigators asked that “anyone with information surrounding this incident please come forward so that we may find justice,” police said.