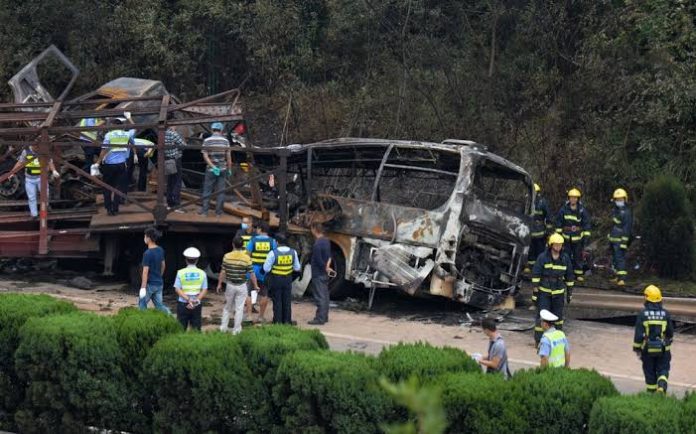 Eleven people were killed and 19 people injured after a truck and a passenger bus collided in eastern China on Sunday, authorities said.

The accident happened in the early hours of Sunday, with the truck crossing the central divider in the middle of a highway in the eastern province of Jiangsu and colliding with a bus traveling in the opposite direction, causing the bus to overturn.

The crash also caused two other trucks driving behind the bus to roll over as they attempted to avoid the accident, according to a statement by the traffic management bureau of China’s Ministry of Public Security, which is investigating the crash.

The passenger bus was travelling between Shanghai and Jiangsu, the official Xinhua News Agency said.

Speeding, dangerous passing, poorly maintained vehicles and fatigued drivers are most often the cause of serious traffic accidents in China. In 2019, there were nearly 248,000 traffic accidents with nearly 63,000 deaths, according to the National Bureau of Statistics.