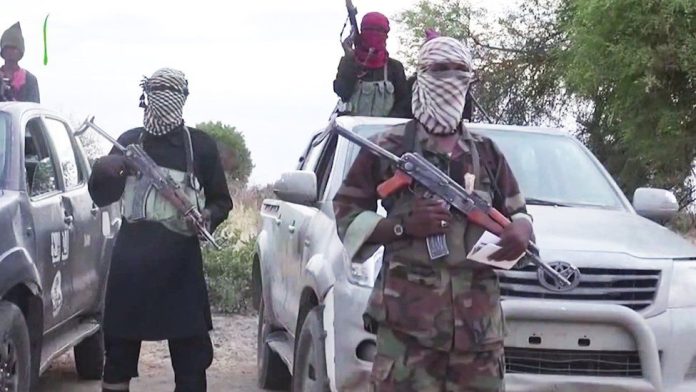 At least, eight Boko Haram insurgents were killed on Friday when the group ambushed a convoy of Borno State Resettlement and Relief Committee officials.

It was gathered that some policemen and soldiers in the convoy however sustained injuries during the attack along Monguno- Nganzai Road.

Some top government officials in the convoy include Kakashehu Lawal, State Attorney General; Mustapha Gubio, Commissioner for Rehabilitation Reconstruction and Resettlement; and that of Local Government and Chieftaincy Affairs, Alhaji Mai-Mele.

They were said to be returning from Monguno, where they went to distribute relief materials to Internally Displaced Persons (IDPs), when their convoy came under heavy attack by the terrorists.

A source said about eight of the terrorists were killed by soldiers with support from men of the Anti-Robbery Squad and Civilian Joint Task Force.

Governor Babagana Zulum’s convoy was attacked twice along the Baga Highway in September in 2020.

Share
Facebook
Twitter
WhatsApp
Linkedin
Previous articleEdo 2020: Win 1 gold medal, receive N1m, Okowa promises Delta athletes
Next articleReno Omokori reveals what he told UK police when they were called in by President Buhari’s ‘people’ during his protest at the Abuja House in London