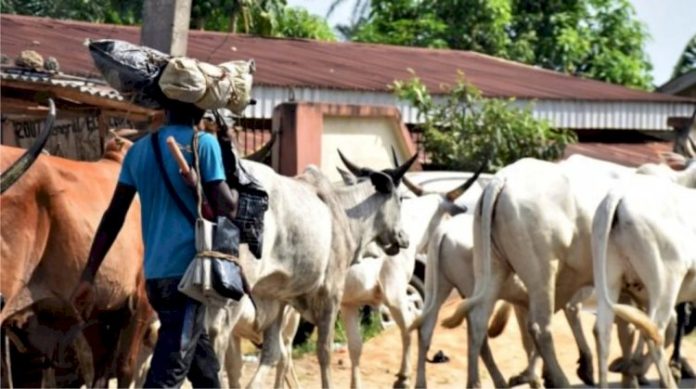 Thirteen Local Government chairmen and sixty-four Development Center coordinators in Ebonyi State have said they support the law against open grazing in the state.

The council chairman through ALGON Chairman, Mrs. Nkechinyere Iyioku, disclosed this to newsmen in Abakaliki following the unwarranted killings of innocent persons by AK-47 herdsmen in the state.

According to Iyioku, it is totally condemnable where at least 15 persons were killed in Obegu and Nkalaha communities of Ishielu local government area of the state.

“During our meeting today, we condemn in its entirety the unwarranted, unprovoked killings of innocent people. Nothing on earth will excuse the unwarranted attack against our people and we want to tell the general public that it is unfortunate because in Ebonyi State we have been living and co-existing peacefully without differences and that is the credit we give to the governor of Ebonyi State, Chief Dave Umahi because he has been piloting it. But surprisingly, what we are paid back for that we are giving out is the killing of our innocent people by herdsmen.

She, however, charged security agencies to provide perpetrators of the deadly act within 72 hours so as to get justice for the victims.

“Again, we want to state it categorically that the security agencies have not done enough to do more than what they did by providing security to people living in different localities to make sure that what happened in Ishielu on Monday does not repeat itself and we give them 72 hours to make sure that people who perpetrated that act are arrested and give justice to the victims while we appeal to the people living in different localities to remain calm to enable the security agencies to concentrate and carry out this duty that we have charged them to do today.”