Zamfara Plane for Gold in exchange for Arms a hoax- Group 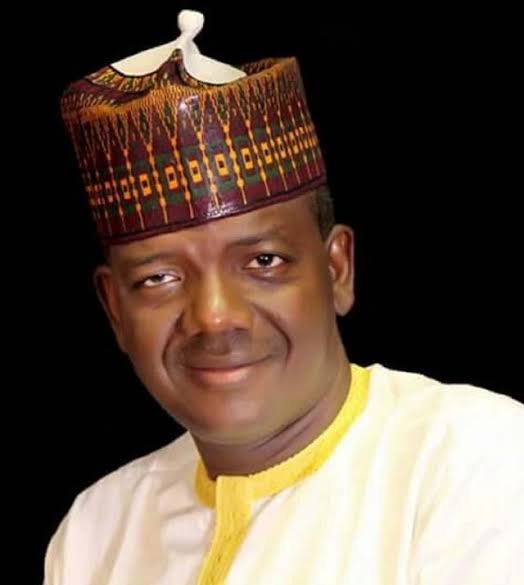 A Non Governmental Organization (NGO) the Centre For Sustainable Peace and Development has declared that allegations that the Zamfara State Governor Rt Hon Bello Mattawalle was using an aircraft to take out gold and bring in arms and ammunitions for bandits is a hoax and lie from the pit of hell.

This is the group accused the National Security Adviser (NSA) Maj Gen Babagana Mungonu (Rtd) of orchestrating the fake news all in the bid to intimidate and frustrate the peace efforts of the Mattawalle administration.

The group also faulted the allegation by the NSA that the Federal Government had uncovered plots by some individuals to sabotage the implementation of the presidential directive banning gold exploration and the no fly zone order in Zamfara state, noting that the State has no airport or airstrip.

The Executive Director Dr. Bello Usman Abdul Ganiyu in a statement on Thursday in Abuja stated that there is no such plot as the National Security Adviser (NSA) is constantly raising alarm where there is none all in the bid to cover his shady deals and create an impression of tension in Zamfara State. How can there be a plot to sabotage the no fly zone ? When Zamfara State does not have an airport or airstri.

According to him “our attention has drawn to a very misleading and malicious information being peddled on the internet to the effect that the Executive Governor Of Zamfara State Rt. Hon Bello Mattawalle has been using an aircraft to transport gold out of Zamafara State in exchange for arms and ammunition for Bandits.

“This malicious and wicked allegations is being sponsored by the National Security Adviser (NSA) Maj Gen Babagana Monguno to blackmail and intimidate the Governor Of Zamfara State for his selfish agenda.Ordinarily we would not have responded to this unfounded allegations but for the fact that if the facts are not presented it would look as the truth” Abdul Ganiyu added.

The Executive Director pointed out that “It is important to note that the NSA Maj Gen Mongonu and his cronies owns many mining sites in many states of the Federation with Exploration License number EL28121 & EL 27820 and many others. They use so many companies as conduit pipes in these nefarious illegal mining activities. Some of the companies are Atlas Fields Integrated NIGERIA LTD,
Atlas Fields Group Of Companies LTD, Gee Links Beverages Industries LTD,
Atlas Plastic LTD, Classics Block Industries LTD.

He alleged that “it was the refusal of the Zamfara State Governor, Bello Mattawalle to allow this illegal activity in the State that irked Monguno and his cronies as the Governor had insisted that he must get his approval from the President or the Federal Ministry Of Mines and Solid Minerals Development. With the refusal of the Governor to accede to his demands the National Security Adviser (NSA) declared a total war on Zamfara State and Governor Mattawalle for his selfish and evil desires.

“After my conversation with Chisom media and the findings by an investigative journalist it was found out that the five companies which are linked to the National Security Adviser (NSA) and are under investigation by the Economic and Financial Crimes Commission (EFCC). Our investigation also showed that the Governor Of Nasarawa State Engr Abdulahi Suleiman and the NSA are into massive illegal mining in Nasarawa State.

Abdul Ganiyu states that “Inspire of the fact that there is a higher degree of armed robbery, kidnapping, armed banditry and cultism which has been going on for several years and yet No Fly Zone was declared in Nasarawa State. And the Nasarawa State Governor Suleiman Abdulahi shamelessly said that the declaration of No Fly Zone in Zamfara State and the banning of mining activities in Zamfara State is long over, due because of closeness to the NSA he is Joining him to blackmail and pull down the Governor Of Zamfara State Bello Mattawalle.

“If the Federal Government is serious about tackling insecurity and banning illegal mining in the country Nasarawa State should be declared a No Fly Zone and all mining activities in the state stopped forthwith. The members of the public are demanding that the EFCC in line with the Freedom Of Information Bill (FIB) show Nigerians the report of their investigations on the five companies linked to the NSA and his cronies which he is using as a conduit pipe to siphon the proceeds of illegal mining.

He further said “We call on the Directorate Of State Security Services (DSS) the EFCC and Indepedent Corrupt Practices and Other Offences Commission (ICPC) to conduct a discreet investigation and search on the ownership of the said five companies.

The said aircraft allegedly being used to take out gold from Zamfara State and being in arms is actually malicious mischievous, diversionary try to cover up the involvement of the National Security Adviser Gen(retd) Monguno in massive illegal mining activities across the Country. Siddley 125 business jet that landed on a very rough air strip in the Guatemala Forest on January 27th, 2020 was impounded by the Airforce in the Guatemala in the Central America near Mexico Border.