HomePoliticsWhy we have fierce political battles in Ebonyi — Umahi
Politics

Why we have fierce political battles in Ebonyi — Umahi 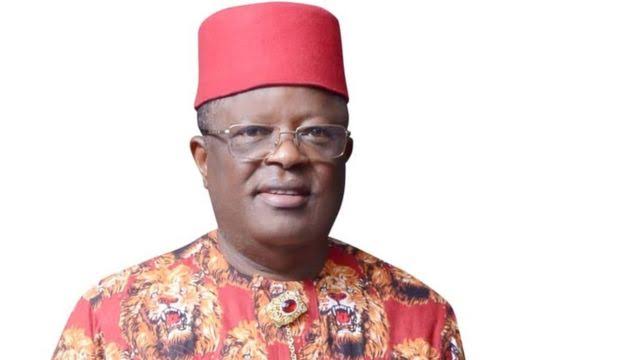 Gov. David Umahi of Ebonyi has attributed the fierce political battles recorded in the state to people’s “over-dependence on politics” as means of livelihood.

Umahi said this on Wednesday in Abakaliki during a send-off organised by the state in honour of the Nigerian Ambassador-Designate to Zambia, Chief Nwanne Ominyi.

He said that most people in the state had no other job than politics, adding that the situation stemmed from people’s deficient background.

He said: “I have realised that the background was not right from the time our leaders sojourned from Anambra, Imo, Abia, Enugu before the state was created in 1996.

“This has made the battle of politics in the state fierce but we are doing everything within our powers to change the narrative.

“We can longer depend on the government and allocation from the Federation Account for survival,” he said.

He congratulated Ominyi, who hails from Ebonyi, over his appointment, describing it as “President Muhammadu Buhari’s show of love to the state.

“There is nothing we have asked the president that he has not done for us.

“I saw the fantastic work being done on the Enugu-Port Harcourt Expressway and declare that no one has ever done such for the southeast zone.

“I promise to visit you within your first four months in Zambia and trust that you would deliver being a man of proven integrity,” Umahi said.

Meanwhile, the governor has sworn-in five special assistants and assigned various portfolios to them.

He said, “All the former Local Government Chairmen and Secretaries of the Peoples Democratic Party that defected to the All Progressive Congress have been appointed Senior Technical Assistants to the Governor.”

In a remark, the ambassador-designate thanked the governor for honouring him and pledged to be a good ambassador of the state and country.

“I wish to commiserate with the governor over the recent killings in Ishielu Local Government Area by unknown gunmen.

“I pray that God brings lasting solution to these problems across the country,” Ominyi said.