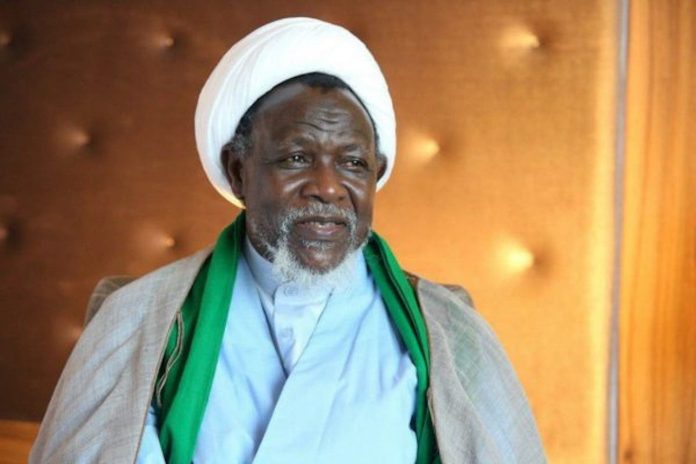 Mr Dari Bayero, lead counsel in the “secret trial” of Sheikh Ibrahim Zakzaky and his wife Zeenat, on Wednesday prayed the Kaduna High Court to sentence the defendants.

Bayero told reporters shortly after Justice Gideon Kurada, adjourned the case until May 25, that he had asked the court to overrule the defence and sentence Zakzaky, leader of Islamic Movement in Nigeria (IMN), and his wife as provided by the law.

The counsel said the state had closed its case after presenting its 15th witness in the trial.

“Our last witness has testified and the state has closed its case.

“We are satisfied with the way the case has gone so far, we have presented 15 witnesses, including Army Generals, who are key actors and players that led to the filing of the case against the IMN leader.

As far as the state is concerned, it has tendered all the exhibits, and witnesses have come before the court and tendered evidence against the defendants.

“One of our prayers is that the court should overrule the No-Case-Submission, overrule the defence, convict the defendants accordingly, and pass the necessary sentence as provided for in the law,” Bayero said.

The News Agency of Nigeria (NAN) reports that the court had on March 8 adjourned the trial of the IMN leader and his wife, Zeenat, until March 31.

Femi Falana, Senior Advocate of Nigeria (SAN), told reporters that his team would open defence in the case at the adjourned date.

Falana, represented by Marshall Abubakar, said the defence in consultation with the defendants would also enter a no-case-submission before the court.

He said the defence had also before commencement of the trial prayed the court to quash the charge.

According to the defence counsel, as far as the defence is concerned, the 15 prosecution witnesses did not establish any case against his clients.

NAN reports that the Kaduna State Government had charged El-Zakzaky and Zeenat with eight counts, bordering on alleged culpable homicide, unlawful assembly and disruption of public peace, among other charges.

The defendants pleaded not guilty to the charges.

NAN reports that the Kaduna State Government had charged El-Zakzaky and Zeenat with eight counts, bordering on alleged culpable homicide, unlawful assembly and disruption of public peace, among other charges.

The defendants pleaded not guilty to the charges.