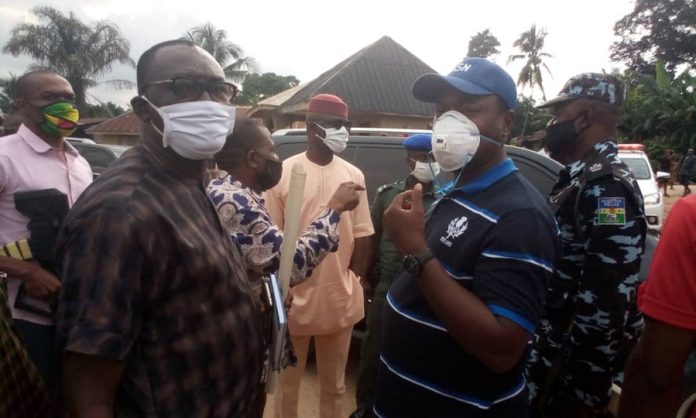 At least 100 people have lost their lives in communal squabbles between communities in Akwa Ibom on one hand and between their neighbours in Cross River and Abia in the last three months.

These clashes, which went unabated for not less than two months, claimed no fewer than 30 lives, leading many, including the Civil Liberty Organisations to suggest the need for government to take over every land under dispute in the state.

Lamenting the plight of the people of Ikpanya, the clan head of the community, His Highness Chief Isaac Ononson said the attacks occurred during the farming season.

“The people of Ugbo will attack our people as they go to farm. They will beat our women and chase them away, packing the palm fruits. These people have continued to trouble our people year in, year out, and then on the 8th of this month, when my people went to cut palm as I lifted ban on cutting of palm.” He said

Also, no fewer than eight persons, within the last couple of weeks have been killed in Okpoto and Nturi communities of Ini LGA, bordering Ikwanno, Atochukwu and Bende LGAs of Abia State over disputed land boundaries.

According to the Chairman, Ini Local Government Area of Akwa Ibom State, Mr Isreal Idaisin, members of the border Abia communities now ambush the people of Ini and attack them on daily basis.

He has called on the Federal Government as well as the government of the affected states to wade into the boundary crisis to forestall further loss of lives.

Sources from the Oku Iboku Community who are predominantly farmers reveals that their invaders always target the short harvest and farming seasons, when farmers go to their farms to harvest vegetable crops to attack and hijack their farm produce with local fishermen are said to be the prime targets.

Scores of people, our source said were still missing even as some bodies have been recovered in slums from the latest attack which occurred few weeks back.

The Police Public Relations Officer who had confirmed communal hostilities in Ikpanya Community of Ibiono Ibom, assured that steps were being taken to forestall the escalation of the crisis.

“The police is aware and we are doing everything possible to bring the situation under control. The CP is working to see that the situation doesn’t escalate. The CP has directed that our men be deployed to the area; our men are on ground as we speak.” He said

In the meantime, the state government has threatened to take over disputed lands if warring communities in the state fail to sheat their sword.

Secretary to the State Government, Dr Emmanuel Ekuwem who disclosed this at the peace parleys in Ukonteghe Uda and Enwang said the take over of the land had become necessary to prevent further loss of lives in the area as the government could not continue to watch things spiral out of control.

Ekuwem, himself an indigene of Mbo said that the decision is the only and best option to end the age-long rift between the two communities.

“The land is going to be taken over by the government for a large plantation or industry or factory that belongs to Akwa Ibom State Government. The constitution provides that every land is vested in the state government, so the state government is taking over the land inorder to ensure peace.” He explained.