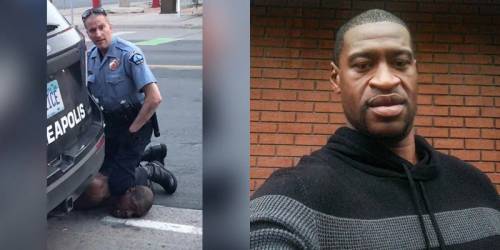 George  Floyd was an African American man killed during an arrest after a store clerk alleged he had passed a counterfeit $20 bill in Minneapolis.

Derek Chauvin, one of four police officers who arrived on the scene, knelt on Floyd’s neck for a period initially reported to be 8 minutes and 46 seconds

Nelson says employees from the market observed Floyd and believed he was under the influence of something. Nelson then got into Floyd allegedly trying to pass a counterfeit $20 bill.

Nelson said when police got the call from someone inside the market, they noted Floyd appeared “drunk.”

He told the jury when Floyd was inside a car after leaving the market, he had fallen asleep, again suggesting he was under the influence.

He said when cops confronted Floyd, he “put drugs in his mouth” to conceal them, a report by TMZ on the proceeding says.

Nelson says Floyd had incredible strength as he resisted three officers. He noted Chauvin was 5’9″ and 140 lbs, while Floyd dwarfed him at 6’3″ and 240 lbs.

He also suggested the force Chauvin used was justified. He said Floyd had heart issues that were fatally exacerbated by drug intake. Nelson implored the jury not to consider this a social justice trial. He says it’s a trial of one man.