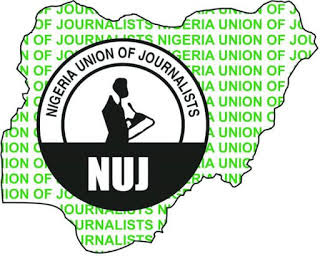 Others whose suspension were nullified by the Court include South East NAWOJ Vice President Chibota Edozie and Ngozi Agbo, from the Enugu State Council.

In a judgement delivered on March 11, 2021 in SUIT NO: NICN/ABJ/51/2020 Hon Justice O.O Onyewumi held that the action of NUJ NEC suspending the NUJ officers was illegal.

He said, “I agree with applicants’ counsel that the applicants can only be suspended when they have been afforded the opportunities to be heard in line with provisions of Article 7 which is one of the basic principles of natural Justice.”

It also held that the power of NEC to suspend authomatically any member who institutes legal proceedings without exhausting internal mechanism for resolution of disputes is limited to actions against the union itself; not a member or president.

The Court insisted that the matter in SUIT NO NICN/ABJ/312/2019, in which Waheed Odusile is challenging Chris Isinguzoro’s certificate is between individuals and not the union.

“It is my firm view that the applicants cannot validly be suspended because of the legal action as same was against ISIGUZO and not the NUJ.

‘Also, the 2nd, 3rd and 4th applicants were never parties in the said action.
” Consequent upon which I find that the respondents have breached the provision of the constitution by suspending the applicants because of the action instituted by the 1st Claimant. I so find and hold.”

Justice Onyewumi further said he cannot find where it is provided for in the NUJ constitution that a member can be suspended for ‘persistent anti union activities’ as alleged against the applicants.

He once again agreed with applicants’counsel, Barr. Obinna Okeke, that a person cannot be punished for an offence which is not clearly stated.

The Court awarded a total cost of N5m as both damages and cost of legal fees of the applicants.

Barr. OD Okeke, Counsel to the applicants had in an originating Summons dated 27th February 2020 urging the court to nullify the suspension describing as an illegality and ultra vires the NUJ constitution.