HomeNewsInsecurity: My Life Is In Danger-Anambra Monarch Cries Out
News

Insecurity: My Life Is In Danger-Anambra Monarch Cries Out 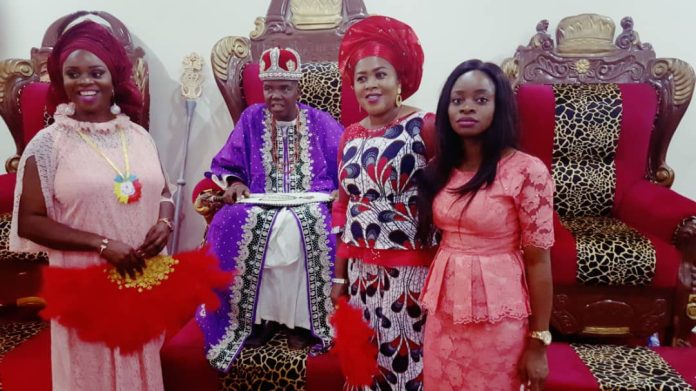 Amidst the tension engineered by land grabbers and buccaneers the Paramount ruler of Enugu-Agidi Igwe Micheal Okekeuche has raised alarm that his life and that of his cabinet members is danger just as he called on the Federal and the Anambra State to come to his rescue and restore peace to the hitherto peaceful community.

Speaking at a press conference at the weekend in Abuja Igwe Okekeuche stated “ my life and those of my cabinet members and families have been threatened by the Land Bandits and their hirelings. All efforts to get the intervention and protection of the Nigeria Police from Abagana Divisional Headquarters and Anambra State Police Command have so far failed. Intelligence available to us reveal that the Land Bandits operate in consonance with a powerful retired senior police officer, precisely a retired DIG who takes royalty from their illicit sales of lands in exchange for police protection.

According to him “ I am His Royal Highness, Igwe Michael Chidozie Okekeuche (Okpalariam lll). I am the Paramount ruler of Enugwu-Agidi Kingdom, Umunri Ancestral Dynasty of Njikoka L.G.A, Anambra State. Here with me are some of my Royal cabinet members, opinion leaders and stakeholders. I am constrained to hold this press conference to draw the attention of the government, the security agencies, the general public and in particular, the Government and entire people of Anambra State to the recent crisis that has engulfed our once peaceful community.

“This crisis has been smouldering since 2019, and we have been doing everything humanly possible to manage and contain it. However, the crisis peaked on February 15, 2021 when some violent hoodlums sponsored by one Mr. Izuchukwu Okafor (Okekeonyeocha), Mr. Chidi Okoye and Chukwuebuka Onuorah just to name a few invaded the community and unleashed violence on hapless members of my community.
The armed hoodlums mounted multiple road blocks and went from house to house hunting down their victims who they inflicted with various degrees of injuries. My palace was overrun and my security guards overwhelmed. Over 17 youths suffered various degrees of injury. Today, both the victims and those that survived their attacks live in fear and despair.
You may be wondering why the sudden eruption of crisis in Enugwu Agidi: The issue is that a certain Mr. Izuchukwu Okafor (Okekeonyeocha), Mr. Chukwuebuka Onuorah, Chidi Okoye and others constituted themselves into a deadly militia and cult group perpetrating all manners of lawlessness in Enugwu Agidi. Their unwholesome activities were first noticed with concern in 2019. It is not surprising that since the commencement of their nefarious activities we have witnessed increase in the cases of rape, robbery, kidnapping and violence in and around Enugwu Agidi” he added.

The Royal father pointed out that “the most visible of their criminal activities is land banditry. They habitually deal on ancestral lands without the mandate of the community and neither do they render accounts to the community. They use proceeds from these illicit transactions of sales of Enugwu Agidi lands to induce the police and influence most of our youths whom they took to SHRINES to take OATHS OF ALLEGENCE to VIOLENT FRATERNAL SILENCE. This by itself has created tense situation among the populace.

“To avert breakdown of law and order, the town union government after wide consultations with different stakeholders intervened by initiating a streamlined process governing the sales of lands over four (4) plots in Enugwu-Agidi part of which requires verification and authentication of rightful ownership of lands before sales. This arrangement did not go down well with the land bandits hence their threat to the peace and order of the town” he stated.

Igwe Okekeuche noted that “their lawlessness, knew no bound. They impersonate me, the traditional ruler of the town and created a parallel Town Union Government. They formed their own armed militia. They launched attacks, disrupting every single meeting of the legally constituted Enugwu-Agidi Brotherly Union where they molest and maim every person in sight.

“The Chairman of the Town Union Care taker Committee (Mr. Ndubuisi Obijiofor) appointed by the Anambra State Government and seventeen (17) other youths are still in different hospitals recuperating after the most recent violent attacks” he added.

Igwe Okekeuche declared “My life and those of my cabinet members and families have been threatened by the Land Bandits and their hirelings. All efforts to get the intervention and protection of the Nigeria Police from Abagana Divisional Headquarters and Anambra State Police Command have so far failed. Intelligence available to us reveal that the Land Bandits operate in consonance with a powerful retired senior police officer, precisely a retired DIG who takes royalty from their illicit sales of lands in exchange for police protection.

“It’s on this premise that we now seek the intervention of the Federal Government and the Anambra State Government to come to our aid, so as to avoid further breakdown of law and order” he said.