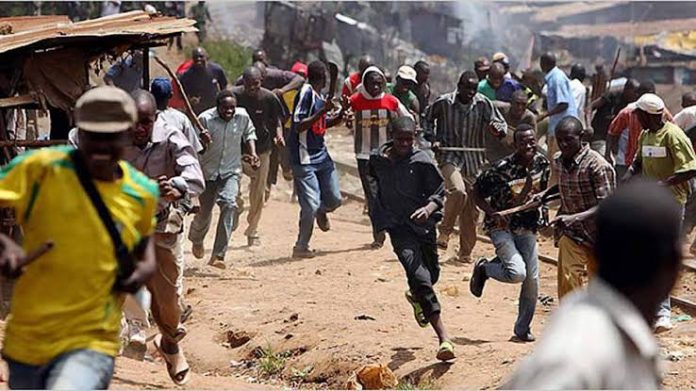 At least eight persons were feared dead Sunday following a clash between Fulani herdsmen and membes of Igga Community.

Trouble reportedly started when some Fulani herdsmen shot a member of the community in his farm and blocked sympathisers from taking the victim to hospital.

Sources said that the refusal to disallow the wounded farmer from being rushed to hospital triggered reactions which attracted some members of the Eastern Security Network, ESN, to the spot, leading to a showdown between both the herdsmen and members of the ESN.

Another source further said that it was amid the attempt to resuscitate the young man with bullet wound, an unknown number of angry youths on motorcycles stormed the scene and started shooting at those barricading the factory worker from receiving medical attention, resulting in the death of many people.

The sources said that a mosque was razed by an irrate mob which gathered leading to many residents of Adani, an agricultural community, fleeing the area to neighbouring communities in Nsukka and Igboetiti Local Government Areas.

Some residents of Adani, who spoke on condition of anonymity, claimed that hunters and even some local vigilantes had encountered some unfamiliar faces suspected to be personnel of Eastern Security Network, ESN, in the forests around the council area who told them that they were not after any law-abiding residents in the area.

Meanwhile, the state Commissioner of Police, Mohammed Ndatsu Aliyu, and other top security operatives in the state visited Adani for fact-finding at the scene of the incident on Monday.

The state Police Public Relations Officer, PPRO, Daniel Ndukwe, who accompanied the Commissioner on the mission, confirmed the incident but promised to provide more details later.