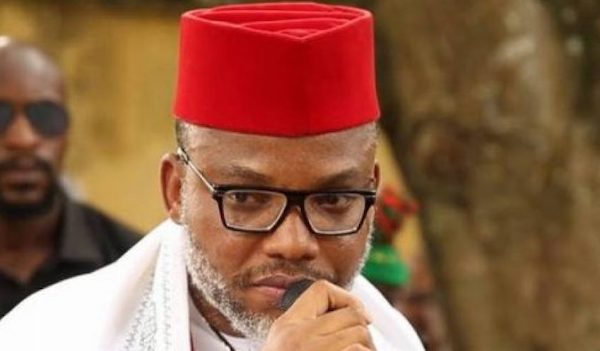 Nnamdi Kanu, leader of the proscribed Indigenous People Of Biafra (IPOB) has criticised the Federal Government over its refusal to hold a national referendum towards determining the future of the country.

He further stated that it was not the duty of the Federal Government to decide who stays or leaves Nigeria.

According to him, the decision of whether the country would disintegrate or remain integrated should be determined by the people via a referendum.

The founder of the Eastern Security Network, ESN, said not even the military has such powers.

“Dear Nigerian Govs, it’s not your business to decide whether the people of your State should remain Nigerians or not. It’s not even the business of the President or the Nigerian Army.

“Instead, it’s the business of the PEOPLE, freely expressed through a process called REFERENDUM”, the tweet reads.