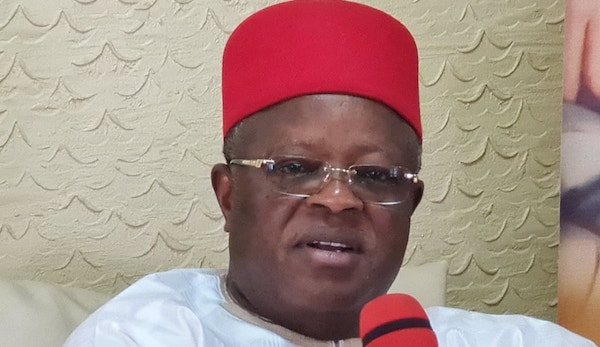 The Ebonyi State Governor, David Umahi, has approved the immediate dissolution of the state’s Secondary Education Board (SEB).

The Secretary to the State Government, Dr. Kenneth Ugbala, who disclosed this in a statement issued on Saturday in Abakaliki, said the governor also directed all Education Secretaries in the 13 local government areas of the state to proceed on compulsory leave with immediate effect.

The statement read: “His Excellency, the Governor of Ebonyi State, Engr. Dr. David Nweze Umahi, FNSE, FNATE, has approved the dissolution of the Secondary Education Board (SEB), Ebonyi State with immediate effect.

“The dissolution is as a result of the fraudulent practices discovered in the administration and management of the Board, where dead persons, persons who have resigned and those that have secured employment in other places, are still in the payroll of the Board and to the full knowledge of some members of the Board.

“Consequently, the Chairman and members of the dissolved Board are directed to handover all government property in their possessions to the Secretary to the State Government and Coordinating Commissioner before the close of work on Tuesday 23rd March, 2021.

“In a similar vein, and in the effort to restore sanity in the Board, Government hereby directs the immediate redeployment of all Heads of Departments of the Board to other MDAs. A committee has been set up to conduct a comprehensive and thorough staff audit in the Board and submit a report for further necessary action.”

“All the Education Secretaries of the 13 Local Government Education Authorities in Ebonyi State are hereby directed to proceed on compulsory leave with immediate effect.

“They are also directed to handover all official documents and property in their possession to the Heads of Personnel Management (HPM) of their respective Local Education Authority.