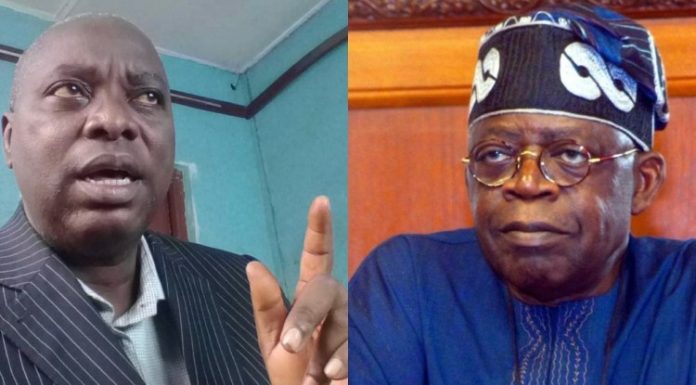 Bamgbose said it was never a bad idea to donate money to help traders who lost their goods and shops in the Katsina Central Market fire, but questioned why the former Governor of Lagos State did not think it was prudent or necessary to do so when a similar crisis occurred in Oyo State’s Sasa Market.

He also wondered why Tinubu’s attention was never drawn to the plight of traders whose goods and property were destroyed in the Ijesha Market fire.

“He could have donated the N50 million and personally visited Katsina State to please or appease Buhari, who is a Katsina State native; however, this is politically childish and inappropriate.

“This charitable act would be ineffective because everybody already knows why he gave such a Greek gift. Let him realize, however, that his efforts would not make him a favorite in the APC primaries in 2023.

“APC will continue to reject him a ticket. Despite the fact that MKO Abiola accomplished more than him, the National Party of Nigeria (NPN) never intended to offer him a ticket. Pleasing the North isn’t the key to being Nigeria’s President; rather, pleasing the masses is.

“His efforts would not change the party’s attitude. Let him forget about his presidential ambitions; they are nothing more than a pipe dream that may or may not come true. Nigerians expect a leader who is forthright, strong, and truthful in 2023,” he added.