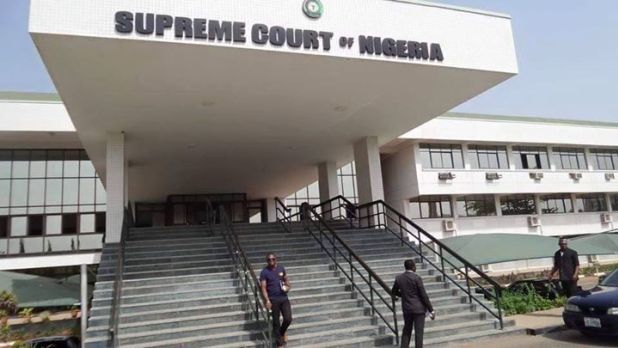 The Supreme Court, yesterday, clarified that Justice Abdul Aboki was not one of the three justices petitioned by the All Progressive Congress (APC) and accused of plotting to subvert justice in the matter of Imo North Senatatorial District election.

The apex court, however, said Aboki was in the panel of five justices constituted to determine the appeal that emanated on the dispute surrounding the authentic candidate of the party in the December 5, 2020 senatorial bye-election.

Justice Mohammed Musa Dattijo who presided over Tuesday’s proceedings and who made the petition public had mentioned himself, Abdu Aboki and Helen Morenikeji Ogunwumiju as the three justices mentioned to have held a meeting with leaders of the Peoples Democratic Party (PDP) in the APC petition.

A statement by the Director of Press and Information of the court Dr. Akande Festus, however, said the name of Justice Aboki was never mentioned in the APC petition.

The Supreme Court statement read in part: “We need to state that the news that occupied strategic space in the media yesterday, Wednesday, 24 March, 2021, which emanated from a petition purportedly written by the acting chairman of the All Progressives Congress and Governor of Yobe State, Alhaji Mai-Mala Buni against three justices of the Supreme Court never mentioned the name of Justice Abdu Aboki even though he is on the panel of five justices hearing the appeal that resulted from the Imo North Senatorial District Bye Election conducted on 5 October, 2020.”