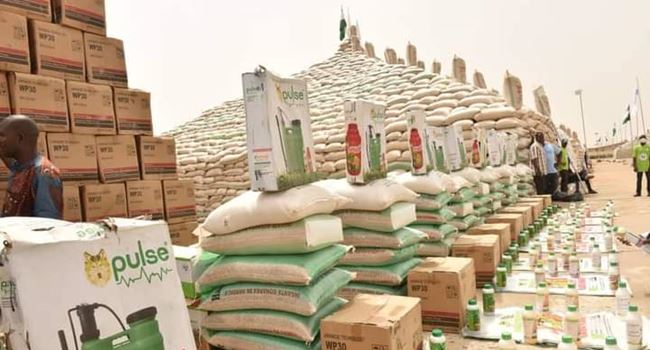 Represented by Kebbi State Governor, Abubakar Bagudu, who doubles as the Vice Chairman, National Food Security Council, Buhari said the event indicates the return of food sufficiency to the country.

The president affirmed that before the end of his administration, the festival would graduate from a regional affair to a local government event.

He said, “This marks a magnificent return of the pyramid in Nigeria. This is the third event that the Central Bank of Nigeria (CBN) and Rice Farmers Association of Nigeria has hosted across the country starting from the one in Niger and Kebbi states and others are lined up.

“Just two weeks ago, N30 billion was approved as support to 350,000 people who were affected by flooding in 2020. This support will ensure that the farmers are insured so that they will face less risk in the future.”

Meanwhile, the CBN Governor, Godwin Emefiele, said the desire for Nigeria to become food sufficient had become a movement.

Also, in his remarks, the Governor of Gombe State, Muhammadu Yahaya, said he was excited that the pyramids were back.