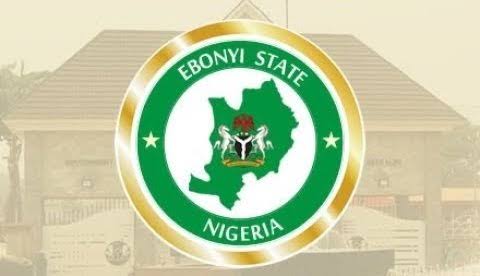 Ebonyi State Commissioner for Information and State Orientation, Barr. Uchenna Orji yesterday said that a disciplinary committee has been set up to by the State government to try, dismiss and prosecute 4 staff of the Ministry of Power who were arrested for stealing several quantities of diesel meant to power the streetlights in the state.

Barr. Orji who made the disclosure in Abakaliki while briefing journalist on the outcome of the State Executive Council meeting held at the Old Government House Abakaliki noted that the staff would be made to face the full wrath of the law.

He stated that the owner of the house used in perpetrating the sabotage against the state will be made to pay the sum of Five Million Naira (5M) as a punitive measure or the house will be sealed adding that it will serve as deterrent to others.

According to him; “EXCO received a report on the four (4) staff of the Ministry of Power and their cronies who connived to steal several quantities of diesel meant to power the street lights”.

On the communal crisis in the state, the Information Commissioner said that the Executive Council received a briefing on the situation of Effium/Ezza Effium, Abaomege/Isinkwo, and Enyibichiri/Enyigba communal clashes and frowned at the renewed attack and counter attack between Effium/Ezza Effium community.

He pointed out that part of the report also received includes the false alarm raised by stakeholders on the situation of things in the area.

“EXCO noted the progress made in the demarcation of the boundary between the two communities and resolved to invite the stakeholders of Effiumy/Ezza Effium and Abaomege/Isinkwo communities on Monday 29th March, 2021”.

On the proposed revalidation of the Certificate of Occupancy (C of O), he stated that a report was received on rising spate of fake land documents that fly everywhere in Ebonyi State and which many a time they would take it to the bank for facility and it would be turned down.

“EXCO also observed with dismay that some people who served as land officials in the past still sign and back-date land documents for unsuspecting members of the public”.

“EXCO noted that revalidation of Certificates of Occupancy and Land documents in the state would put a permanent stop to this ugly trend and that this measure would also resolve the issue of two persons laying claim to one land document”.

“EXCO resolved therefore that the state government do constitute a committee in April 2021 to handle the processes of land document revalidation”.

Mr. Orji further said that the council also considered the report on leakages of revenues in the state and resolved that with effect from 24th March, 2021 and in line with the relevant laws of the state, it shall be an offence in Ebonyi State for anybody to make payment in respect of Internally Generated Revenue (IGR) by cash.

He noted that anybody that does that will pay 200% value of the revenue sought to be paid and shall be prosecuted.

On the collapsed Staduim fence, he said that a Committee was set up to verify the cause of the collapse of the new stadium fence with Chairman adding that part of the terms of reference given to the committee includes
to verify the total work done, total work yet to be done, the length and value of fence that collapsed and the reason for the collapse.

He states that the report is expected to be submitted within seven (7) days. Ends.