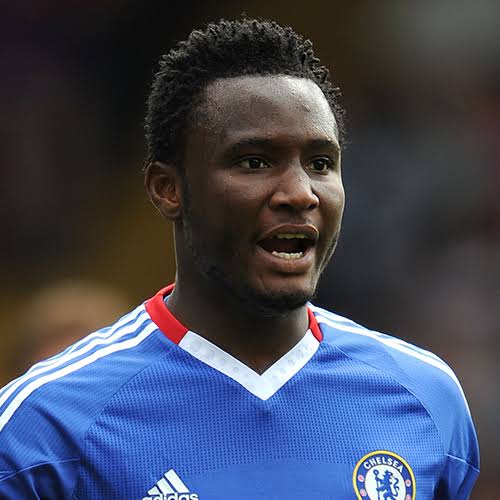 John Obi Mikel has opened up on how he was punished by former Chelsea manager Antonio Conte for deciding to represent Nigeria at the 2016 Olympics.

The midfielder was called up by the West African country for the tournament as one of the over-age players and got the nod from the Blues hierarchy to honour the invitation but not Conte, who warned him he would never play for the club again if he sticks to his decision.

The 33-year-old went on to captain Nigeria to win the bronze medal in the competition to become the first country to clinch all three medals at the Olympic Games after also scooping the 1996 gold and the 2008 silver medals.

Mikel has now revealed he was forced to train alone and never given an opportunity to feature for Chelsea on his return from international duty which forced him to leave for Chinese side Tianjin TEDA in January 2017 after spending 11 years at Stamford Bridge.

“This guy who has just walked in the door for five minutes is telling me I had to choose. He was saying, ‘If you do that, you won’t be a part of this team’,” Mikel told the Athletic.

“I spoke to the club and told them that I wanted to go. The club respected me because of what I had done for them and how long I’d been there.

“So off I went and I felt punished for that. I came back and I didn’t make the squad. I was never in the squad list on matchdays again.

“The funny thing is, just before the January window was going to start, he came up to me and said ‘I want a meeting with you’.

“This was after making me train on my own for months, treating a player who had been at Chelsea for a long time like this!

“When he tried to meet with me he was like, ‘Let’s try and make up, I will need you in the team, let’s squash this, blah, blah, blah!’.

“I was like, ‘Are you joking?! Are you f serious?!’ He knew I wanted out. I stood up and walked out of the room. You can’t disrespect a human being like that.”

Before the arrival of Conte, Mikel had starred for the Blues under a number of managers, including Jose Mourinho, Luiz Felipe Scolari and Carlo Ancelotti.

The 32-year-old helped the club win a number of trophies, including the Champions League, Europa League, Premier League, FA Cup trophies and others.

Mikel currently plays for Championship side Stoke City and has been in fine form for the club since his arrival.