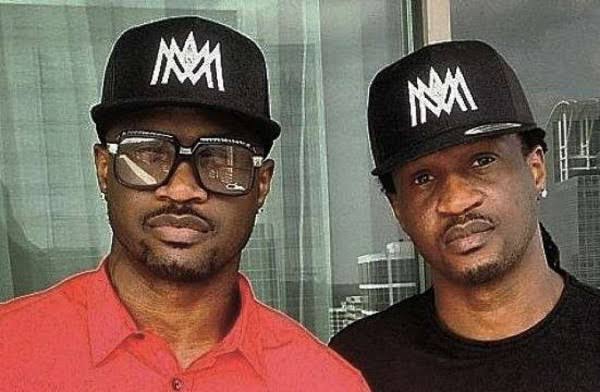 P-Square was made up of Peter and Paul Okoye, twin brothers but controversially split up in 2016 with the circumstances surrounding the break up not fully made public.

The break up is understood to have involved the role of Jude Okoye, their older brother who also managed the group then.

One half of the defunct music group, P-Square, Peter Okoye also known as Mr. P has submitted that fans contributed to the breakup of the group.

However, Mr. P in an Instagram Live session on Sunday, added that fans were also responsible for their break up.

He said this after a fan while reacting to the Grammy Award won by Burna Boy, suggested that P-Square could have won the award if they were still together.

Reacting to the fan’s statement, Peter noted that unnecessary comparison by fans contributed to the eventual break up of P-Square.

“Don’t let me hit on you guys because you guys don’t even deserve it. Because you guys are among the people that contributed to the break-up. Two brothers doing their own thing, you try to say one is better than one. Una don get wetin una want.”

The singer also warned fans that the comparison by fans of Wizkid and Davido is very unhealthy and the practice should be stippled.

He added, “You guys are doing that to Davido and Wizkid, maybe when they start taking arms and killing themselves; you guys will be happy. You guys go deal with your sour, we have to move on, you should move on too.”