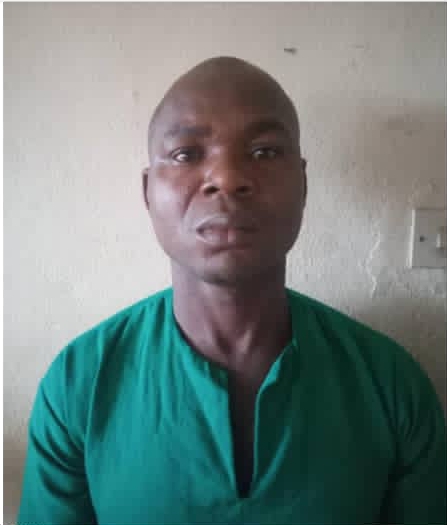 Nigerian Correctional Service, Anambra Command has placed a gift of N200, 000 to any person with useful intelligence information that can assist in getting recapturing a fugitive, Chidi Nwankwo

According the the Statement by the Commandd’s Public Relations Officer, DSC Francis Ekezie said some gang members allegedly attacked escort vehicle conveying the inmate after a court sitting at Nanka, Anambra State.

He alledged that the gang forcefully secured the release of Chidi Nwanko after killing escort its personnel.

Chidi a Native of Enemuoga Kindred Umudiabo Village, Ndiowu in Orumba North LGA Anambra State is accused of assisting his brother Anayo Nwanko who was being tried for arson to escape justice.

He noted that Anayo Nwanko who pretended to be ill when he was arraigned at Magistrate Court 2, Nanka on 8th March, 2021 prompting the Magistrate to released him for medical attention.

” The Controller, Barrister Emmanuel Nwakeze appealed to the people of Anambra and indeed Nigerians to assist in recapturing the fugitive, Chidi Nwanko

” A cash prize of N200,000 awaits anyone with useful intelligence that assist in his recapture”. The statement disclosed

The Pro also said any person with useful information should contact his nearest Custodial Centre, Police Station or any other security formation.

DSC Ekezie also provided contact for any person with intelligence information about where about of running Inmate.