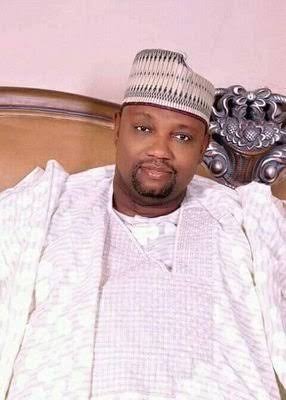 The pronouncement by the Federal Government that bandits bring in arms into Zamfara State in exchange for gold through some unidentified aircrafts has once again shown that the nation’s intelligence is porous and inactive.

This has also brought to the fore the inefficiency in the Nigerian Airspace Management Agency (NAMA) the agency of government that is saddled with the responsibility of managing the nation’s airspace.

According to the Executive Director Of the Patriots for the Advancement Of Peace and Social Development (PAPSD) Dr Sani Abdulahi Shinkafi NAMA is the agency of the Federal Government that has the responsibility to monitor and give clearance to every aircraft that comes in or goes out of this country so for anybody to say that planes come into Zamfara State to drop arms and carry out gold from the State without the tacit cooperation of the NAMA and the office of the National Security Adviser (NSA) the person is being economical with the truth.

“It is a known fact that without the approval of NAMA no aircraft can enter the Nigerian airspace neither can any aircraft have the clearance to land anywhere in the country. So for the Federal Government to accept hook line and sinker the lie that unidentified aircrafts brings in arms into Zamfara State and take out gold from the state is hogwash” he added.

“From what is happening it shows glaringly that there is lack of inter agency collaboration, cohesion and synergy among the nation’s security apparatuses. Because if there is credible intelligence it ought to have been shared among the security agencies and not to have gone ahead to issue a no fly zone without credible intelligence reports” he added.

Specifically, a pressure group the Movement for the Restoration Of Peace in Zamfara State had raised an alarm over plots to assassinate the Zamafara State Governor Bello Mattawalle.

The group had in a statement in Abuja stated that after having failed in the bid to remove the Governor through the back door by coercing President Muhammadu Buhari to declare a state of emergency in Zamfara State. Some desperate politicians in collaboration with powerful political appointees in Abuja are now employing the use of intimidation, mischief making and blackmail all in the bid to remove Governor Mattawalle and make the State ungovernable to the extent of circulating the fake videos clip of an aircraft which from our investigation has shown is a Hawker Siddley 125 business jet that landed on a very rough strip in Guatemala on January 27, 2020 that was used for a very shady world of drug-running alluding same to the plane being used to supply arms to armed bandits and carry gold out of Zamfara State .
The video which has been trending in the social media networks is being used to blackmail in his efforts to restore the security of lives and properties through his peace initiative accord with armed bandits in the State.