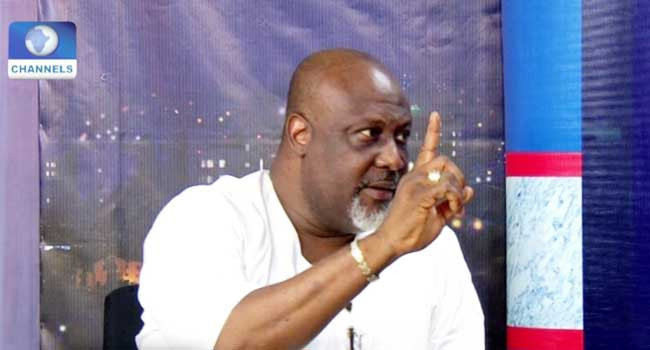 Back in 2015, Dino was a member of APC and he campaigned for President Buhari. Melaye was among those that canvassed support for Buhari’s presidential ambition, having dumped the PDP for the ruling APC.

Dino has since defected to PDP and has continued to show his disdain for the APC and the Buhari-led administration.

In an interview with Channels TV on Friday March 19, Dino asked God and Nigerians for forgiveness.

”I apologise to God almighty who is the supreme controller of the universe and Nigerians for supporting Buhari.

The subject Buhari is the greatest common that came out of Africa. Once I was blind, now I can see. How can one remain in a political party and support the presidency with what is happening today in Nigeria?

I regret seriously supporting that because we were scammed” he said

Watch a clip from his interview below