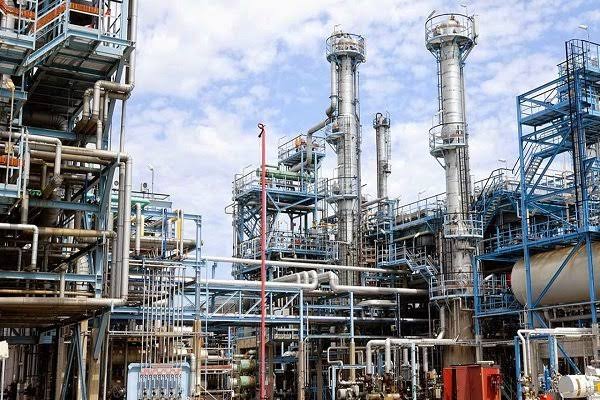 The Conference of Nigeria Political Parties (CNPP) has strongly condemned the approval of $1.5 billion for immediate rehabilitation of Port Harcourt refinery, insisting that “the ruling All Progressives Congress (APC) administration has not done any single thing differently than the Peoples Democratic Party (PDP) since it came to power on the wings of its change mantra.”

The umbrella body of all the registered political parties and associations in the country, in a statement issued on Friday and signed by its Secretary General, Chief Willy Ezugwu, urged the federal government “to at least do one thing right by building a brand new refinery and save the country from unending fuel importation in Nigeria.

“In 2015, most Nigerians were made to believe that an APC administration, headed by a retired General like President Muhammadu Buhari, would do things differently. But we now know better.

“It is disappointing that after spending over $25 billion on so-called turnaround maintenance of Nigeria’s refineries without any improvement, the Federal Executive Council, chaired by President Buhari will approve fresh $1.5 billion (about N575 billion) for the repair of Port Harcourt refinery.

“How can a whopping N575 billion be wasted again on the 32-year-old Port Harcourt refinery instead of building a new one?

“While the 100 percent capacity of the Port Harcourt Refinery is, Dangote is building a 650,000 barrel-per-day refinery with just about $15 billion.

“The Dangote petrochemical complex is reported to house a gas processor and the world’s biggest plant for ammonia and urea, which is used in making plastics and fertilizer.

“The Dangote refinery will produce Euro-V quality petroy and diesel, as well as jet fuel and polypropylene.

“It is a shame that after Nigeria sum of $1.5 billion, about N575 billion, for immediate commencement of rehabilitation work on the largest refining company in the country, the 32-year-old Port Harcourt Refinery.

“The ruling APC and President must be told that Nigerians are fed up with the rehabilitation of refineries in the country, we should be proactive.

“We see the maintenance planned to be done in three phases of 18, 24 and 44 months, as proposed by the Minister of State for Petroleum Resources, as conduit pipe for siphoning Nigeria hard earned foreign currencies”, the CNPP stated.