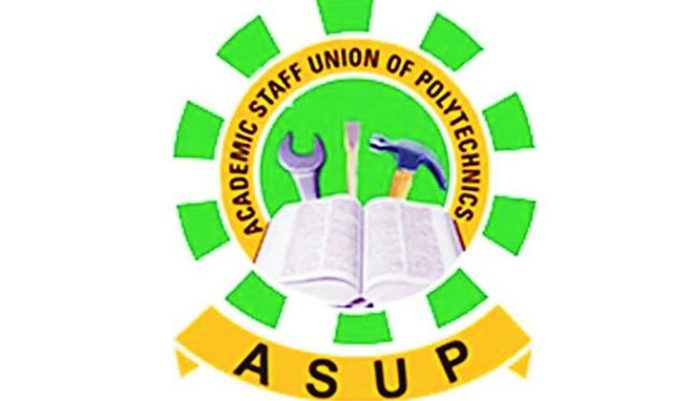 Academic activities in the nation’s Polytechnics may be disrupted from April 6, if the government fails to meet some demands by the Academic Staff Union of Polytechincs, ASUP, the union said on Friday.

Rising from their National Executive Council meeting in Katsina, the union, in a communique, accused the government of failure to fulfil its side of the agreement made with the workers some years back. The National President, Mr. Anderson Ezeibe, said the Federal Government was also yet to pay 10 months arrears of the new minimum wage owed his members in Federal Polytechnics.

He also said some state governments were yet to implement the new wage for his members. He gave other reasons for the proposed strike to include Implementation of the contents of the NEEDS Assessment Report of 2014 in public Polytechnics and like institutions.

“Reconstitute governing councils in all Federal Polytechnics and in State-owned Polytechnics where such is yet to be constituted.

“Release owed Staff salaries in Abia, Ogun, Osun, Benue, Plateau, Edo and Cross River States and implement full salary payments in Sokoto, Kaduna, Adamawa and other institutions with such reports. Release of promotion arrears in Federal Polytechnics and payment of same as well as annual increments in Adamawa, Plateau and other states with similar cases.”

“Ensure full implementation of the provisions of the Federal Polytechnics Act as well as its domestication in Adamawa, Kano, Sokoto, Abia, Niger and other states affected.

“Stop attempts at forcing the ASUP members in Colleges of Agriculture out of the Union. And lastly implement the 65 years retirement age for academic Staff in State owned institutions like in Kano, Kaduna and other states institutions in the country.”

He said his members were ready for a total shut down of the Polytechincs if their demands were not met.

He added that the patience or his members had been tasked beyond limit.