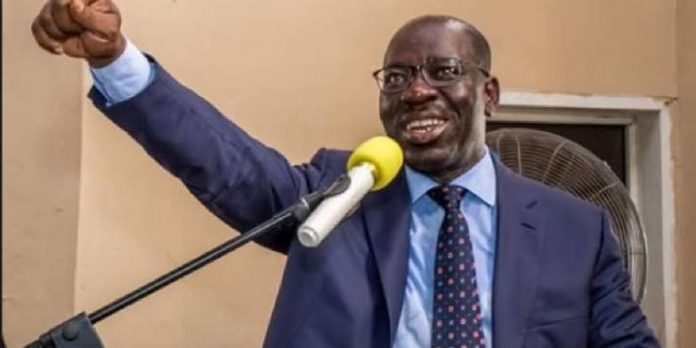 The Court of Appeal in Abuja has dismissed the appeal filed by the All Progressives Congress (APC) against the January 9, 2021 judgment of the Federal High Court, Abuja affirming the authenticity of the academic certificates presented by Edo Governor Godwin Obaseki.

In a judgment on Thursday, a three-man panel of the court, led by Justice Stephen Adah, was unanimous in upholding the argument by Obaseki’s legal team, led by Ken Mozia (SAN) that the appeal by the APC and one of its members, was without merit.

The judgment was on the appeal marked: CA/ABJ/CV/71/2021 filed by the APC and Edobor Williams.

The Court of Appeal held that the Federal High Court, in its judgment by Justice Ahmed Mohammed was right to have held the APC failed to discharge the burden of proving its claim that Obaseki presented a forged certificate to the Independent National Electoral Commission (INEC) to contest the last governorship election in Edo State.

In upholding the judgment of the Federal High Court, the Appeal Court further held that the judgment by Justice Mohammed was without any ambiguity and that the APC failed in proving its case.

“The findings of the lower court cannot be faulted,” it held and proceeded to award N250, 000 costs in favour of Obaseki, and N50, 000 each for his political party, the Peoples Democratic Party (PDP) and INEC.

At the Federal High Court, the APC and Williams had claimed, in the suit marked: FHC/B/CS/74/2020, that Obaseki forged his West African School Certificate O/level and A/level, and the first-degree certificate from the University of Ibadan (UI), which he submitted to the Independent National electoral Commission (INEC) in his bid to contest the September 19, 2020 governorship election.

In his judgment on January 9, 2021, Justice Mohammed said a “fundamental flaw in the case of the plaintiffs is that while the plaintiffs alleged forgery against the first defendant (Obaseki), the evidence they brought was completely at variance with the allegation.”

He found as lazy, the attitude of the plaintiffs, who did not make any efforts to cross-check from the University of Ibadan (UI) and the West African Examination Council (WAEC), the two institutions that issued the certificates they claimed Obaseki forged.