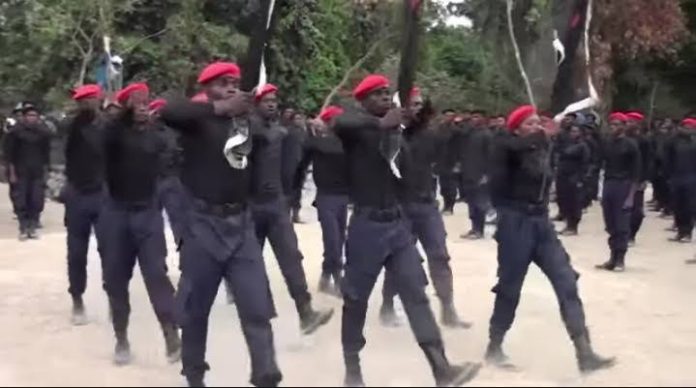 The Indigenous People of Biafra said on Monday that there was enough money to fund its security arm known as the Eastern Security Network.

The group’s Media and Publicity Secretary, Emma Powerful, stated this in a press statement, adding that ESN was funded by IPOB members resident in 120 countries.

Powerful was reacting to a statement credited to the Imo State Governor, Hope Uzodinma, who allegedly said that IPOB had no capacity to fund a viable security outfit.

According to a report obtained online, IPOB described Uzodimma’s claim as fallacious, amusing and shameful.

It said the governor resorted to what it called cheap blackmail following his attempt to infiltrate ESN.

The group said it was unnecessary convincing about those behind the setting up of ESN as it was in the public domain, insisting that it did not need any of the governors to sustain the outfit.

The statement read in part, “The attention of the Indigenous People of Biafra has been drawn to the fallacious, amusing and shameful claims by the Supreme Court Administrator in Imo State, Hope Uzodinma, that IPOB hijacked the Eastern Security Network from the South-East governors.

We don’t need to belabour ourselves in convincing the public on who set up the ESN, because it is a public knowledge.

“For five months, our leader was begging South-East and South-South governors to float a regional security outfit to protect and defend our people against genocidal attacks by terrorists masquerading as Fulani herdsmen.

Our leader even wrote a letter to the governors, which was made public, but they turned deaf ear to all the pleas, including the clamour by the people for a regional security outfit.

“Every honest person will attest to the fact that ESN was floated by IPOB in response to the yearnings of our people for self-defence against terrorists. It was a child of necessity borne as a result of the failure of the governors to rise to their responsibility of protecting lives and property of the people.

Their inability to stand with the people was because of their usual tendency to please their caliphate slave masters even to the detriment of their people.”