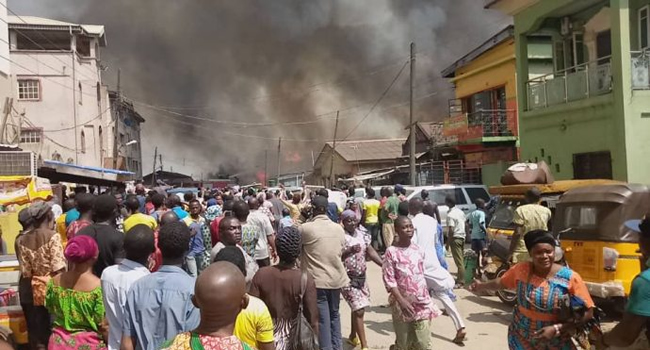 Fire on Tuesday razed scores of shanties at the Ondo-Ibadan axis of the Okobaba sawmill in the Ebute Meta area of Lagos State.

An eyewitness told journalists that the fire started in one of the shanties but spread to others in the area.

However, the cause of the fire has not been ascertained.

“When the fire started, residents of the area trooped out in their hundreds to put the fire out,” he said.

Firefighters from the state fire service and other emergency responders are still battling to quell the inferno at the time of this report.