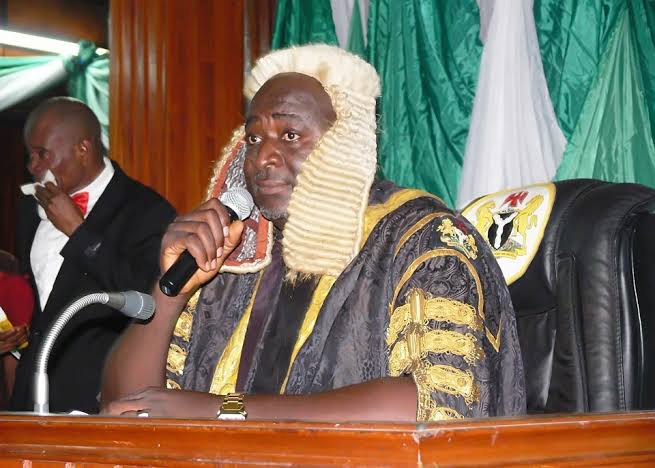 …Says Its 21-Day Ultimatum May Be Cut Short

The Save Enugu Group (SEG) has demanded an apology to the people of Enugu State from the Speaker of Enugu State House of Assembly, Rt. Hon. Edward Uchenna Ubosi, and the House leader, Hon. Ikechukwu Ezeugwu for believing that they love Enugu State more than the rest of the citizens.

The group also accused the Speaker of being blinded by a perceived governorship ambition which the group said “is the driving force behind the recent obnoxious and anti-people clauses introduced as proposed amendment to the state Gubernatorial Pension law since he hopes to be one of the ultimate beneficiaries.”

Insisting that the group’s 21-day ultimatum for the state House of Assembly to drop the pension bill for ex-governors and their deputies may be cut short in a statement issued on Tuesday by its National Coordinator, Chief Willy Ezugwu, the Save Enugu Group said “the House is insulting the sensibilities of the good people of Enugu State.”

The group was reacting to “a statement credited to the House leader, Hon. Ezeugwu, who tried to educate us on the process of lawmaking albeit unsuccessfully, thereby bringing to the fore their selfish agenda.

“It is unfortunate that the Enugu State House of Assembly, through its leader, shamelessly insisted on continuing the process of ammendments of the pension law for former governors and their deputies.

“How can the House claim that it won’t disappoint the people where the deafening outcry against the bill is a loud expression of deep dissatisfaction on the quality of representation?

“Regrettably, the House leader is allowing himself to be used by the Speaker, who is said to be eyeing the governorship seat in 2023 and working towards a futuristic benefits if the bill is eventually passed into law.

“Otherwise, what is the special interest of the House of Assembly in making a law to further swell the bank account of already rich former governors and their deputies at the expense of the masses whose money will be used to service those politicians.

“We therefore warn members of the state House of Assembly not to set the very peaceful state on fire in pursuit of the political ambition of one man.

“The Save Enugu Group hereby reiterates our resolve to continue to mobilise stakeholders in the state for a mother-of-all protests.

“We will be forced to cut short the 21-day ultimatum should the House of Assembly continue to play on the intelligence of the good people of Enugu State.

“As for the House leader, Hon Ezeugwu, he has fully demonstrated that he is unfit to hold any public office, making his recall from the House an inevitable task that must be accomplished.

“We therefore demand unreserved public apology from both the Speaker and the House leader to the people of Enugu State for worsening an already bad situation with insulting insistence”, the group demanded.