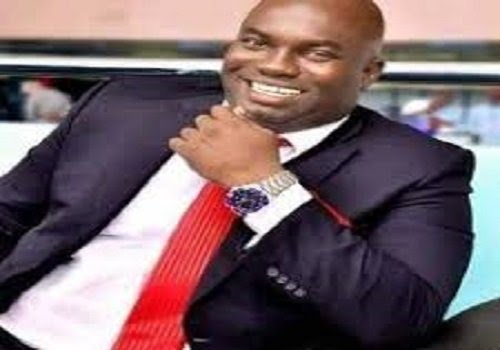 A chieftain of the Peoples Democratic Party (PDP) and 2019 senatorial candidate of the party for Ogun East, Engr Adeola Sosanwo, has left the PDP for the ruling All Progressives Congress (APC) in the state.

Sosanwo who in the 2019 Senatorial poll lost to the APC candidate, Senator Lekan Mustapha by a small margin, said he decided to pitch his tent in the ruling Party in order to join hands with Governor Dapo Abiodun in moving Ogun State further on the path of progress.

He told newsmen after picking up his APC registration card at Ward 3, Sagamu, at the weekend that he had always been with the progressives.

”I have always been an APC person but was hijacked by the PDP due to the fact that I wasn’t getting due recognition under the immediate past government of Gov Ibikunle Amosun.

“I have however decided to be back to the APC to support our good brother, the governor of the state, Prince Dapo Abiodun in his determination to leave the state far better than he met it.

“Gov Abiodun is doing pretty well, he is really doing so much to raise the bar of good governance in the state and secure its economic prosperity. Look at the idea of the resuscitated Agro-Cargo Airport at Iperu Remo, the Olokola LNG, the massive road infrastructure cutting across the state such as the nearly completed Epe-Ijebu Ode ten lane project.

“I am particularly joining APC to work for the Gov Dapo Abiodun’s second term in office. We will invest our time and resources in it because it’s about developing our dear state, every other good residents of the state will also join us to make this a reality.”