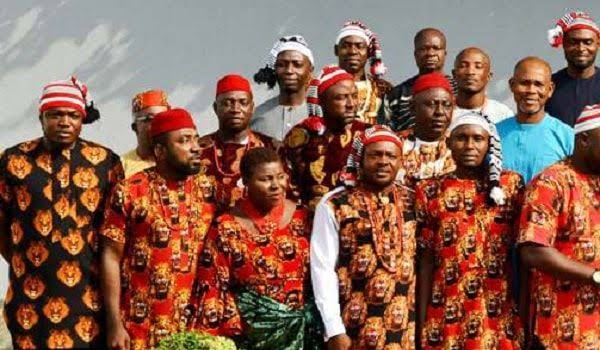 A video in circulation had invited youths to a programme today, Saturday 13th March, 2021, at Adada Hall, Nsukka, Enugu State, by a group that calls itself Ohaneze Youth Council, Enugu North Senatorial Zone.

Reacting, the President-General of OYC, Mazi Okwu Nnabuike urged the youths to be careful of fraudsters as there was nothing like Senatorial zone in Ohanaeze structure.

He said the same people behind the fake empowerment meeting carried out the same exercise in Abakaliki some time in the past, but ended up deceiving the people.

The youth leader maintained that his leadership remained the authentic and duly registered organization championing the course of Igbo youths.

He noted that, “Firstly, the so-called Ohaneze Youth Council is a body of fraudsters that had been disowned severally in the past by the immediate past President-General, Ohanaeze Ndigbo, Chief Nnia Nwodo.

“Secondly, it is an aberration and a gross illegality for anyone to attempt to create a structure in Ohanaeze, outside the constitutionally stipulated structures namely: Local Government, State and National.

“If this misnomer, Ohanaeze Ndi Nsukka (Enugu North Senatorial Zone) is allowed to stand, then, we shall also have Ohanaeze Ndi Nkanu, Ohanaeze Ndi Ngwa, Ohanaeze Ndi Ikwere, Ohanaeze Ndi Ezza, etc. At this moment when the Igbo nation urgently needs cohesion and unity of purpose, this action is highly condemnable and an ‘enemy action’.”

Okwu said he was surprised and disappointed “with Chief Nnia Nwodo, the immediate past President-General and Prof George Obiozor, a factional President General of Ohanaeze Ndigbo for mentioned in this trending video that is threatening to tear Ala-Igbo apart.

“Again, the agenda for the program, which is the campaign for Adada State is ill timed, divisive and very suspicious since Ndigbo and other patriotic Nigerians are today clamouring for Igbo Presidency come 2023.

“This confirms our fears that Prof Obiozor’s factionalized Ohanaeze Ndigbo is openly working against the Igbo interest and in fact is being forced on Ndigbo by his friend and professional colleague, Prof Ibrahim Gambari, the Chief of Staff to President Muhammadu Buhari.

“We urge Ndigbo to ignore Igboayaka and his bunch of job men. Before the election, he was totally attacking Nnia Nwodo in the press but switched sides immediately his Orlu kinsman, Prof Obiozor settled him.

“For avoidance of doubt, Igboayaka has never been part of Ohanaeze Youth Wing structure just like his uncle Prof Obiozor has never been involved in Ohanaeze activities, at any level before the January 10th, 2021 Owerri show of shame when some Igbo Governors attempted to foist him on Ndigbo as the Ohanaeze Ndigbo President General.

“We urge Ndigbo to support the performing President General of Ohanaeze Ndigbo, Chief Engr Chidi Ibeh, MFR, due to his Igbocentric vision for the Igbo apex body.”