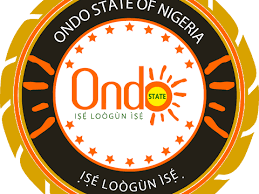 A 27-year-old farmer, Israel Ikumuyi has raped a 10-year-old girl, Esther Friday, to death in Igbotako area of Okitipupa Local Government Area of Ondo State. Israel was alleged to have perpetrated the dastardly act when he suffocated Esther to death while covering her mouth with clothe in the bid to prevent her from raising the alarm while forcefully having carnal knowledge of her. He was said to have been nabbed by residents of the community following a search to find the girl who was believed to be missing by her parents who could not find her.

According to one of the residents, who craved anonymity, Israel who kept the body of the little girl in the room also joined in the search party until his room was searched with the deceased discovered. The resident said that the man was thoroughly beaten before he was handed over to the police, adding that, “the girl’s parents were from Isoko and came to farm and live in Akinfosile, Igbotako.

“They lived with their children at the community and in the same neighbourhood with the accused person. “The deceased had told her mother who was processing cassava flakes that she was pressed and asked for permission to visit the toilet but made a detour to Ikumuyi’s house. “The mother was busy with her chores and did not remember to look for her daughter until the father, Friday Egbenere, came back from the farm and asked for the whereabouts of the girl. “They had looked for her around the vicinity but they could not find her and had to report it to the village head at Akinfosile.

“Afterwards, a team was sent out to look for her until they eventually discovered her corpse in the accused person’s room and got him arrested.” Meanwhile, in his statement with the police, Israel stated that Esther approached him on the fateful day when he was in the kitchen, cooking his dinner and asked him to give her money. He said that he refused and told her that the money he had with him was meant to cook soup, adding that he left the kitchen for his room and she followed him to his room. He said: “I did not plan to defile her, but when she slept with me on bed, I felt aroused and decided to quickly have sexual intercourse with her. I did not force her to have sex. We were together on the bed. “Trouble started when I was trying to penetrate her, it did not enter very well.

I couldn’t penetrate despite all my efforts to make sure I inserted it. It did not fully enter. “I covered her mouth with my cover cloth so that she could not raise the alarm because she was crying, but nobody could hear or come for her help.

“Due to the cloth used in muffling the deceased, she could not shout and was thereafter suffocated to death. She died when I was having sex with her.” He stated that late Esther was with him on the bed inside his room from 4:30pm till 6:00 pm. Israel, who was subsequently dragged before a Magistrate Court sitting in Akure, the state capital was told that the offence he committed contravened sections 316, 319(1) of the Criminal Code Cap 37, Vol. 1 Laws of the Ondo State of Nigeria 2006. According to the Prosecutor, Inspector Uloh Goodluck, who claimed that Ikumuyi Isreal had lured the victim into his room with the promise of giving her N100, urged the court to remand the accused person in prison custody pending the outcome of the legal advice from the department of public prosecution. At the sitting, the plea of the accused person was not taken, and he was not represented by any lawyer. Magistrate N. T Aladejana remanded the accused person in Owo Correctional Centre pending the outcome of DPP advice with the case adjourned till May 3, for mention.