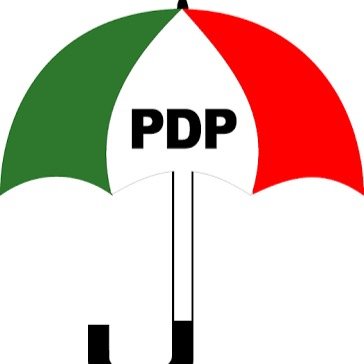 The Peoples Democratic Party (PDP) on Friday cautioned the Federal Government against a further increase in the pump price of Premium Motor Spirit (PMS) also known as petrol.

The Petroleum Products Pricing Regulatory Agency (PPPRA) had on Thursday night announced the increase in the pump price of petrol from N162 per litre to N212 per litre.

However, the agency had since ruled out a further increase in the price of the product in the immediate term.

It said the current price of petrol would be maintained pending the conclusion of talks between the federal government and organised labour.

But in a statement titled: “N212 Fuel Price, An Invitation For Mass Protest, PDP Cautions…Insists Fuel Shouldn’t Sell Above N70,” and issued by its National Publicity Secretary, Kola Ologbondiyan, PDP said any contemplation of fuel price increase would be pushing Nigerians to the wall.

According to the party, any further increase in the pump price of petrol by the federal government would amount to a direct invitation to a mass protest in the country.

It also described the planned increase as wicked, insensitive, and callous.

The statement read: “Our party holds that the N212 per litre reportedly contemplated in the March pricing template by the All Progressives Congress administration, is wicked, insensitive, and callous.

“It is a barefaced fact that there is no way that Nigerians can survive such a hike in fuel price, which will worsen the already agonizing economic situation in the country.

“Our party maintains that with an honest and transparent administration of our national production capacity and potentialities, domestic price of fuel should not exceed N70 per litre.

“The continuous unjustified increase in the price of fuel is a deliberate scheme by the APC, through which their leaders fleece Nigerians of billions of naira on daily basis.

“Nigerians have endured enough under the suppressive, corrupt, insensitive and incompetent APC administration and it is our concern that any further increase in fuel price may become the last straw that might break the camel’s back as already cautioned by our party last month.

“Our party had cautioned that with over 100 million citizens living in abject poverty, with an alarming 23 percent unemployment rate and many more living below N500 a day, any increase in fuel price is capable of triggering a mass protest in the land.

“This is particularly as the APC and its government have been unable to account for the over N15 trillion allegedly stolen by APC leaders.

“The PDP, therefore, charges the APC and its administration to save the nation the trouble by ending every contemplation of fuel price increase, particularly at this time Nigerians are expecting a downward review in prices.”