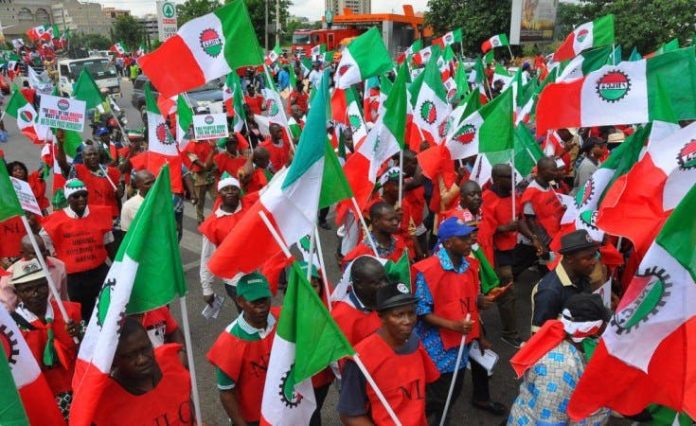 The organised labour in Enugu State has kicked against the bill at the National Assembly seeking to decentralise the National Minimum Wage in the country.

The union, comprising Nigerian Labour Congress (NLC) and Trade Union Congress (TUC) threatened to “bury the political career of any federal lawmaker who supports the bill”.

The state NLC Chairman, Mr Virginus Nwobodo, issued the threat on Wednesday when he led a peaceful protest by labour to the state House of Assembly.

Nwobodo said the issue of minimum wage law did not only apply to Nigeria but across the globe. He described the bill as anti-workers, saying that “minimum wage is a right and not a privilege”.

“Nigerian workers that have been dedicated and professional deserve their pay. We are here to register our grievance. “Nigerian workers are in trouble because removing the minimum wage from the Exclusive to Concurrent Legislative List means doom for the workers

“In fact, many states are not paying the recently approved N30,000 wage,” Nwobodo said. According to him, the bill is a calculated plan to further subject Nigerian workers to more hardship. Also, the state Chairman of TUC, Mr Ben Asogwa, said the organised labour would embark on an indefinite strike should NASS pass the “callous bill”. Asogwa described the bill as “dead on arrival”, warning that Nigerian workers would resist every attempt by NASS to pass it.

Addressing the protesters, the Speaker of the state House of Assembly, Chief Edward Ubosi, said the state government would continue to protect the interest of the workers.

The speaker, represented by Deputy Speaker Uche Ugwu, said the assembly would not engage in any act that would jeopardise the existing peace between the state government and workers.