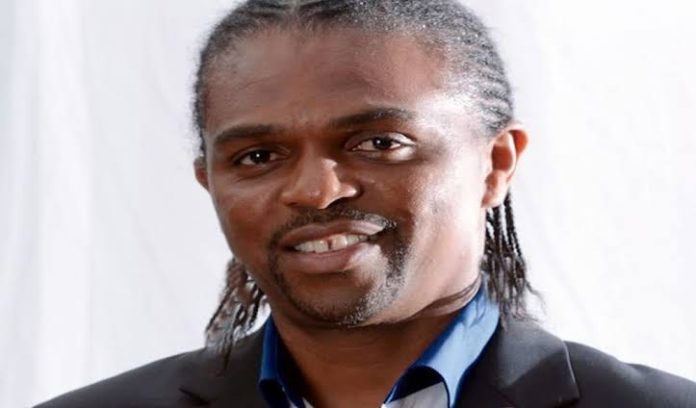 Former Super Eagles captain and FIFA U-17 world cup winner, Kanu Nwankwo urged the youths not to allow distractions affect their future pursuits but be hardworking and disciplined.

The 6th Arifan Football legend while encouraging youths to be steadfast and committed to the dreams and goals stated that many years ago, he had to track 7 kilometers from the training pitch back home.

The Atlanta 1996 Olympics Gold medalist made the disclosure in Abakalki during the closing ceremony of the inaugural #EndSARS youth summit held at the Ecumenical centre.

Mr. Kanu Nwankwo urged the youths to stop depending on government but should also strive to carve a niche for themselves adding that over dependence on government would rather derail the aspirations.

“I urged the youths to shun over dependence on government. During our time, we don’t have the opportunity to be invited by government to dialogue with us. Make judicious use of this opportunity and develop yourselves and become self reliant”.

In his Speech, the Ebonyi State Governor, Chief David Umahi said that he would seek the services of respected icons in the country to discover and harness the potentials of Ebonyi youths.

Governor Umahi noted that over 75 of youths who participate in the one-week event would be groomed in film acting to make them future move stars.

“We would collaborate with veteran Nollywood actor Zack Orji who offered tutorials during the summit, to groom future movie stars from Ebonyi.

He said that soccer stars Kanu Nwankwo and Peter Rufai would assist in harnessing the football and general sporting talents of the youths who would be organised as a unit to be effectively engaged.

“The participating youths in addition to the five youths, women and elders selected from each of the 13 local government areas of the state would be empowered immediately in various entrepreneurial ventures with N2million each.

He thanked President Muhammadu Buhari for directing that the summit be convened in states of the federation, noting that security challenges affected its convening in some states.

The Chairman of the summit’s organising committee, Mr Eze Nwachukwu said that over 1, 500 youths participated in it and were tutored to see governance and other societal issues from the realitious perceptive

“The youths are grateful to the governor for convening the summit and the Ebonyi society would feel the summit’s impact through the re-orientation of the youths.

Also speaking, another Nigeria International Goalkeeper, Peter Rufai urged youths to effectively combine their sporting endeavours with education to achieve success in life and utilise the opportunities provided by the governor.